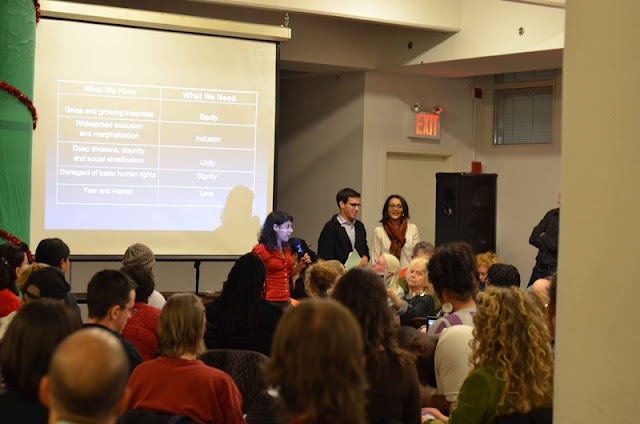 On December 14th. A long awaited, major event supported by PoC was held at the Spokes Council and billed as a special training event to provide OWS activists with a racial justice lens as a frame for organizing in the future. This was the key speaker and organizer of the event, Rinku Sen, Executive Director of the Applied Research Center, focused on developing a racial justice framework and building multiracial alliances within the Occupy Wall Street movement. There were over 400 people in attendance. She and her partner presented very concise ideas and the room broke up a couple of times into small discussion groups.

This workshop will probably be repeated, because it is very much needed to expand on the ideas that wee presented. Currently, the issues of the role of people of color and the decades of experience that they have as communities that have been exploited has yet to evolve the role that they need to play in OWS. Clearly, 99% indicates the major message that OWS has succeeded in getting the message across about economic inequality, but it does not reflect the racial question nor the tradition of the superiority of white civilization. The functioning mechanisms of OWS are deeply involved in this question so that it can reflect a new vision of people of color, their culture, and their place in American society. 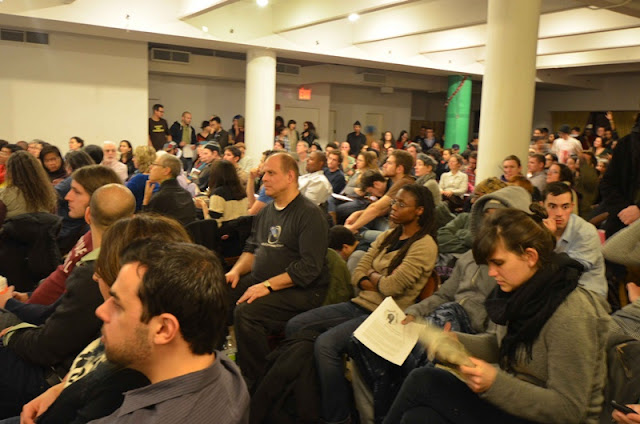 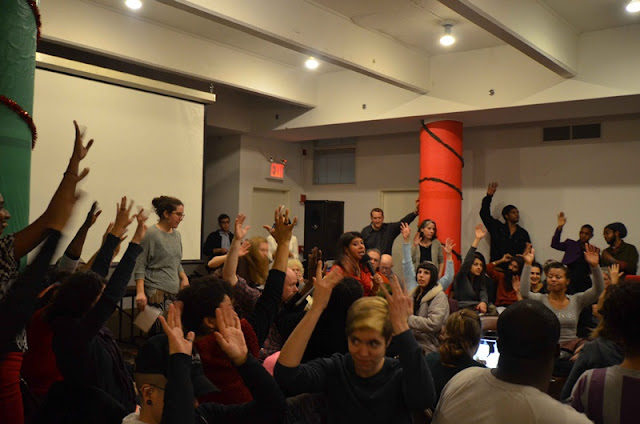 Enthusiastic audience members during the workshop.