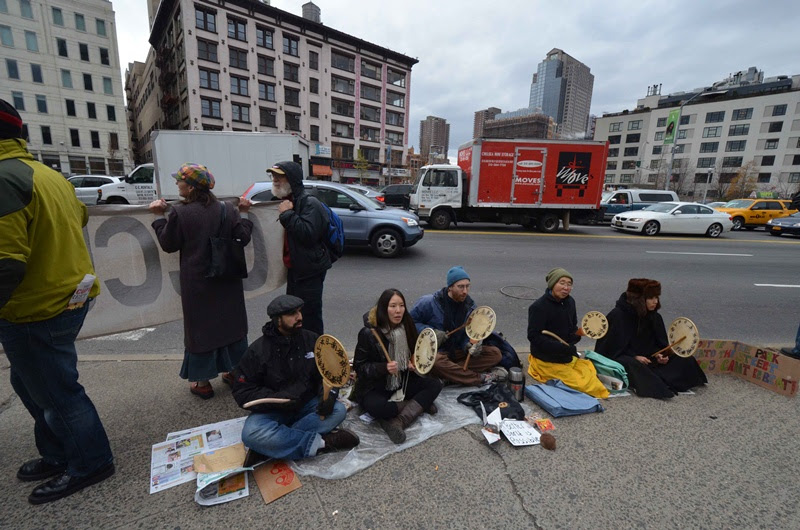 Duarte Park’s Japanese drummers December 17th. On this day, OWS attempted to occupy Duarte Park on Canal St, between 6th and 7th Ave. It was an amazing celebration of the three-month anniversary of this incredible global movement. Right near Canal St was a group of Japanese drummers, which appeared to be related to Buddhist tradition. 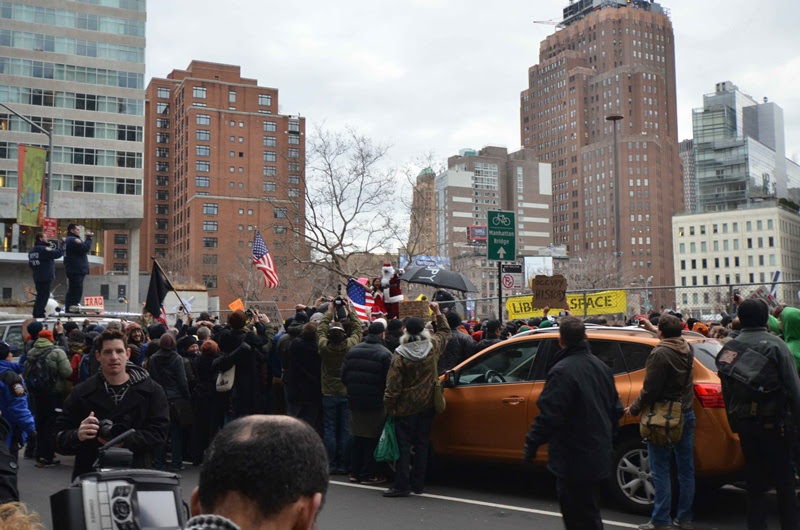 This property is owned by Trinity Church and they have made an agreement with LMCC to allow certain cultural activities to take place there when the weather is cooperative. Although the church says that it is supportive of raising awareness of issues that are affecting the quality of lives and the efforts of OWS, it was not able to support OWS by allowing demonstrators to use the land. Neither Trinity Church nor LMCC would return our calls. During the celebration to mark this anniversary and to indicate how important the occupation of land is to OWS, people started to climb over the fence and even had a hand-made ladder to do so. Police were standing on a truck and videotaped everybody. When they started to arrest people, only a few people stayed to be arrested, including a cardinal, two ministers, and an internationally known peace activist. 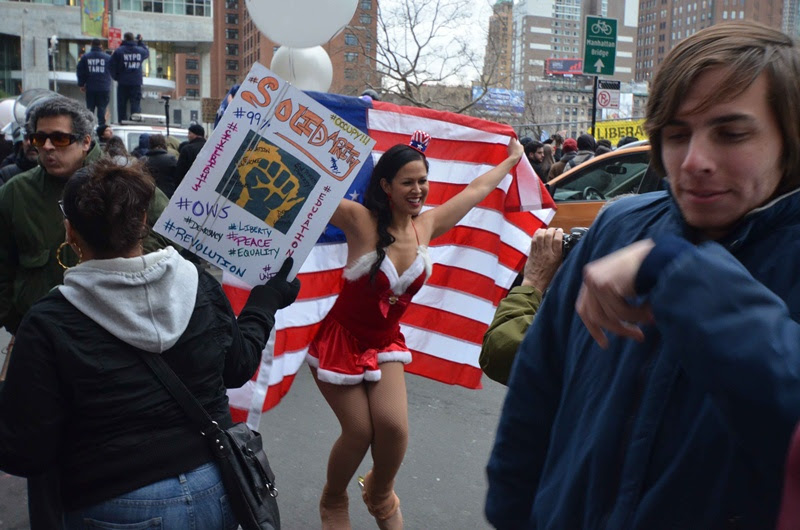 One of the people who climbed over the fence with her friend, Santa Clause, was this Santa helper. She was scantily dressed and wore rollerblades. However, she came back out and continued to entertain everyone while not getting arrested. 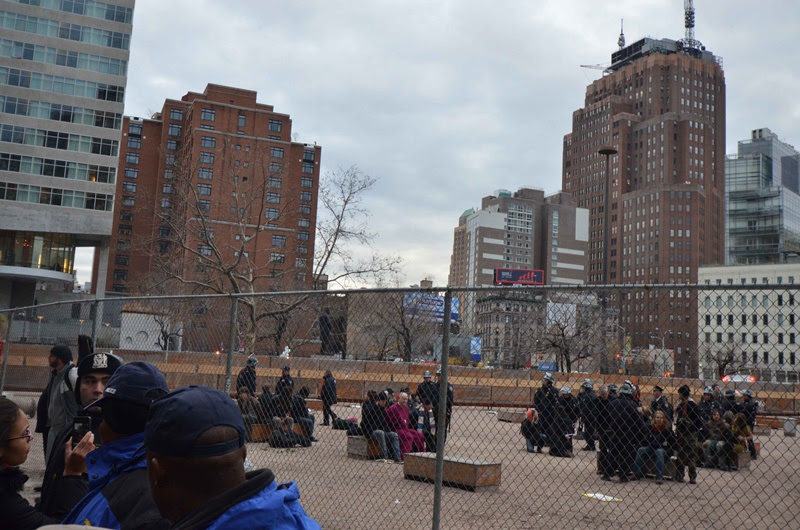 People getting arrested at Duarte Park. The people who stayed to get arrested can be seen here. The cardinal in his purple robes is in the middle, belonging to the Episcopal Church. They were all handcuffed and led out. I do not know their current legal situation. There was also a gigantic banner, probably 40 or 50 long and 25 ft wide. There was a tug of war between the police and the people carrying the banner.

Photos and captions by Robert Lee