The Last Empress and the Publisher: America and the Birth of Modern China 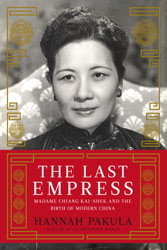 Authors Hannah Pakula (The Last Empress: Madame Chiang Kai-shek and the Birth of Modern China) and Alan Brinkley (The Publisher: Henry Luce and His American Century) will talk about the complex ties between American publishing giant Henry Luce and the charismatic Chinese leaders Madame and Generalissimo Chiang Kai-shek. The discussion will be moderated by Orville Schell, Arthur Ross Director of the Center on US-China Relations.
(via http://www.asiasociety.org/)
Read more 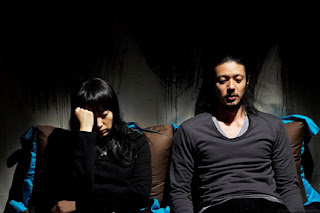 Come hear one of the foremost Asian American novelists of her generation and the artist-activists who defined what it means for all of us to be Asian American. This special symposium features key activists Corky Lee, Tomie Arai, and Jack Tchen alongside Karen Tei Yamashita, whose new novel, I-Hotel, is destined to be a future classic of Asian American literature.

Tomie Arai is an activist, artist, philosopher, poet, historian, printmaker, instillation artist, and public artist who has worked collaboratively with community groups for over thirty years. She has realized numerous commissions, including ones from the Cambridge Arts Council, New York City Department of Cultural Affairs Percent for Art Program, and the National Endowment for the Arts. She is the recipient of two New York Foundation for the Arts Fellowships in Printmaking, a 1995 Joan Mitchell Visual Arts Grant, a 1997 Mid Atlantic Arts Foundation Visual Artist Residency, and a 1994 NEA Visual Arts Fellowship. Arai's work explores the relationship of art to history and the role that memory plays in retelling a collective past. Some of her recent works include a series of constructions that incorporate silk-screened photographs addressing issues of identity, displacement, and acculturation. She is married to Legan Wong, has two children and is a grandmother.

Corky Lee, known as the "undisputed unofficial Asian American Photographer Laureate," is a self-taught photographer, has been documenting Asian and Pacific American community for over 30 years. His work, which has been described as "only a small attempt to rectify omissions in our history text books," has appeared in Time magazine, the New York Times, The Village Voice, Associated Press, The Villager and Downtown Express. In an interview in AsianWeek Lee commented: "I'd like to think that every time I take my camera out of my bag, it's like drawing a sword to combat indifference, injustice and discrimination, trying to get rid of stereotypes."


Event will be held at The Asian American Writers' Workshop, 110-112 West 27th Street, 6th Floor, Between 6th and 7th Avenues, New York, NY. Free and open to the public.

"All in My Mind" - Panel Talk with Artists and Neuroscientists"

Participating Artists: Brian Alves, Stephanie Brody-Lederman, Travis Childers, Barbara Confino, Elena Costelian, Thorsten Dennerline, Mary Hambleton, Nene Humphrey, Eva Lee, Linda Plotkin, Barbara Rosenthal, Paul Tecklenberg, Claire Watkins
All in My Mind is an informal talk about the brain and the connections between neuroscience and art. Three artists in the exhibition and two neuroscientists present their work and discuss what is in their minds when they do it. LeDoux, a neuroscientist, promises to perform a few songs he has written about mind and brain. This talk accompanies the Central Booking Gallery's current exhibition, "Anatomical/Microbial/Microcosms." 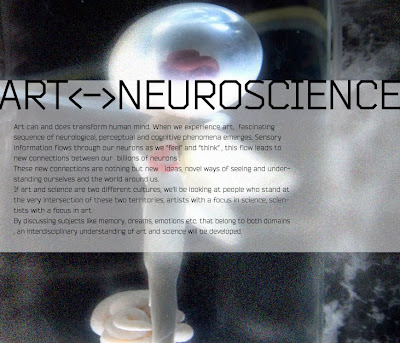 On June 5, 1989, in response to the massacre of the students in Tiananmen Square, the Asian American Arts Centre in NY initiated a year long exhibition that eventually brought over 300 artists to participate to draw attention to this historic tragedy. After the exhibit traveled to several sites over the next few years and the calls to have it and the informative materials that accompanied it died away, the exhibition and the art work that it encompassed lay dormant. Now, on the occasion of the Twentieth Anniversary of the Tiananmen Square Student Movement this exhibition is being revised with this online presence for all to see. Much has passed and China may no longer be the China that it was. For this exhibition, this is not the issue. Tiananmen Square, however, must not be forgotten. At the very least, as a few of the art works claim, forgetting must be resisted. So many artists came forward to give selflessly to this cause, creating innumerable memorable images. Together with the media event this historic moment became, and the photographic record that became metaphors in themselves, these art works manifest the public response, the outcry and passion that was felt around the world. If there is any message of these art works to be remembered, like the image of that sole resistor who stood before a line of tanks stopping them in their tracks, it is to stand up for what you believe.
Remember Tiananmen Square...

This Online Exhibition is initiated today and is planned to be continuous, with no end date determined. For more information about this exhibition, see our exhibitions page HERE.
Read more
Newer Posts Older Posts
Subscribe to: Posts ( Atom )