Celebrating The Year Of OX 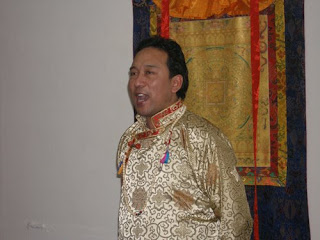 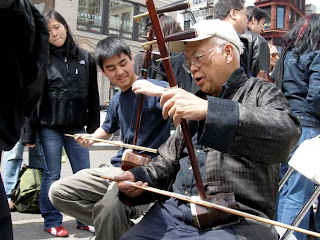 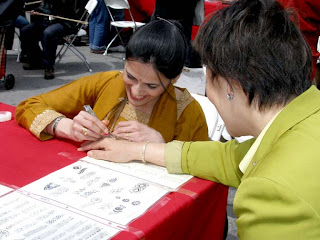 Audiences will have the opportunity to interact with skilled folk artists who demonstrate their crafts and will have the opportunity to ask questions, make requests and the chance to learn and delight in the magic of a traditional craft and to enjoy traditional folk singing. This is an ideal event for families. The music, art and performances will delight both old and young alike. Festival Admission: $12 - General; $6 - Senior Citizens, Students; Children 3 - 12 - $6: and for Children 3 and under - Free.

• Come early. Space is limited. For reservation and information write to aaacinfo@artspiral.org or call (646) 831 9744.

Kavita Vyas practices the Art of Mehandi, the art of painting designs on hands and feet. Mehandi designs use animals and floral patterns, sometimes even musical instruments, taking hours to finish. It began over 100 years ago in India by the Muslims, mostly in Pakistan. It is also widely done by the Arab people. She learned this art form from the master Mrs. Saroj Oza, who created the cone method. Kavita loves Mehandi art because she can create new designs each time she paints. Kavita and her Mehandi art was covered on the 10 o'clock news, Channel 11.

Kwok Kay Choey was born in Singapore and learned to play the Er Hu as a teenager with Wu Gong-xi. Since 1964, he has been a resident member of the New York Chinese Music Ensemble and has performed in its bi-annual season each year in New York City as well as performing in the tri-state area. He is also a painter, calligrapher and Tai Chi master.

Ye Xun, born in Zhejiang, has combined the qualities of both his master teachers, the poetic sensibility of Master Zhao Kou Ming with the realistic representation of color and manner of Master Lang Shao An (his grandfather). His figures appear life-like with a sense of vitality in the scenes and characters of his work. His work includes the famous mythological characters such as the Monkey King from "Journey to the West", the Eight Immortals and the Goddess of Mercy. He has also won numerous awards for his designs including First Place in the Zhejiang Provincial Competition for Best Design.

Rose Sigal-Ibsen has practiced calligraphy for many years and won critical acclaim for her work. Born in Romania and migrating from Israel to the US, she worked as an enamelist after studying at FIT. In 1979 she began her study of Sumi ink at the KoHo School of Sumi-e in NY and later Chinese brushwork at the Zhejiang Academy in China. She has won Awards of Excellence from the Kampo Cultural Center and from the Manhattan Arts International magazine. She has exhibited widely, for example, in China at the Fourth World Conferenc on Women in Beijing, in Bucharest at the Romanian Cultural Foundation, and in the US at the Steinhardt Conservatory and the National Museum of Women in the Arts in Washington DC.

Jampa Youden TIBETAN FOLK SONGS Jampa Youden grew up in one of the many nomadic communities in Tibet, where the land is vast (larger than Texas and California together), streams are crystal clear, where there are herds of sheep, birds, meadows of fragrant flowers and medicinal plants, surrounded by snow capped mountains. He learned to sing from his grandfather. The songs are of nomadic life since 70% of the Tibetan population is nomadic. From a family of singers, he and his brothers are often invited to sing at special occasions, weddings and parties. At age thirty he escaped with family members to Nepal before coming to the United States. Separated from his family here, singing makes him happy, and it also makes others happy. He thinks singing is like medicine. He says, "It is free to be happy." He tells of the Tibetan proverb, "When you are happy, you enjoy wine. When you are sad, you must tame your mind." 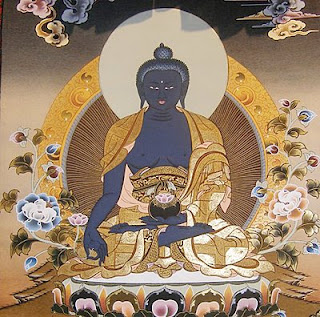 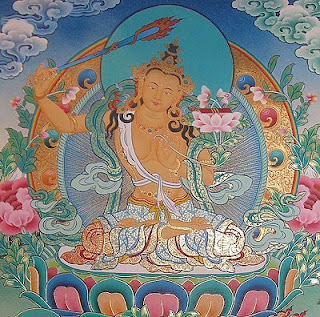 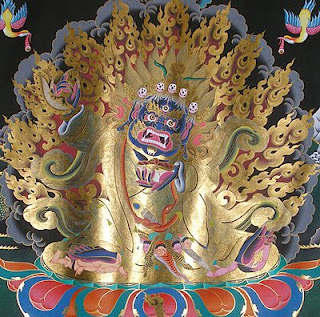 The exhibition of high quality Tibetan Thangka paintings will be on view during this festival. The dates of the exhibition are January 26 till March 13, 2009. Thangka paintings usually depict deities and saints, aspects of the life of the Buddha, as well as the more abstract Mandalas, astrological charts, medical descriptions and scenes, usually serving as a supplementary aid to religious educational development. They are meant as focal elements for visualization, meditation and contemplation. A talk by Lama Tenzin Yignyen is expected at the opening reception. Write aaacinfo@artspiral.org for info or check http://www.artspiral.org/new.html

By Car: Holland Tunnel leads to entrance to Manhattan Bridge along Canal St. where it crosses the Bowery. Parking in outdoor lots on Henry St east of the Bowery, off Cathrine or Market Sts.