W.O.W Project & Chinatown Art Brigade at Wing on Wo, 26 Mott, presents a community talk about art galleries in the neighborhood, how to turn this opportunity to befriend culture NYC style, undo the isolation that has hampered Chinatown's growth, and make our community and our artists an integral part of the infrastructure of the city's rapid change.

A special mention to the new art space Chinatown Soup, whose young owner Michelle Esteva was open to all the different questions and critiques about its programming and exhibitions. Committed to make bonds with local communities, Michelle talked about the inevitable changes of Chinatown in the near future, which put a remarkable ending note after all those productive conversations. 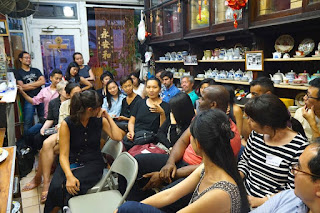 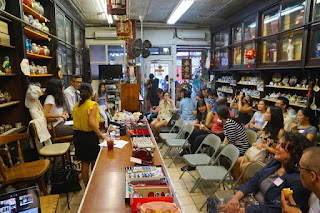 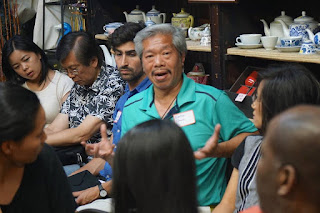 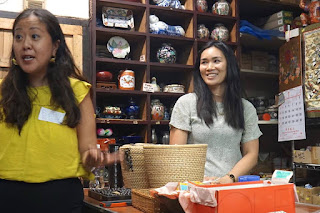 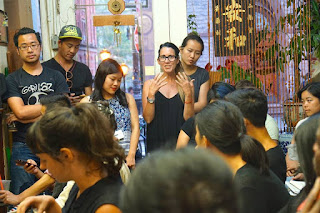 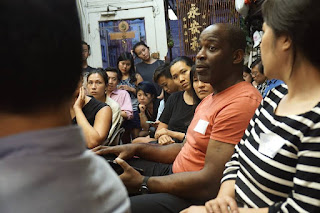 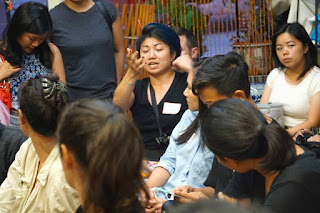 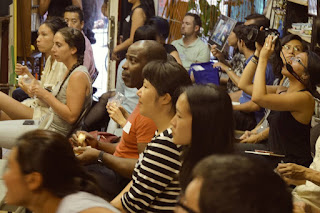 When the New Museum moved to the Bowery and the galleries followed suit, AAAC did a brief survey of some of the galleries. It was clear then that art patrons and community residents were strangers passing each other in the night.

For several years now we've encouraged the community, particularly the Chinatown Working Group (whose meetings are ongoing) to attend the New Museum's Community Breakfast they mount annually. However, it was only when a pop up gallery briefly occupied the arcade, filling it with people, that SingTao covered the story a year or two ago.  It is great that a visible discussion of this development has begun. Perhaps the gallery community can be encouraged to do more than a token expression of their recognition of becoming a part, for the first time, of an ethnic NY community.  It is really the New Museum's role to address the Asian American and other Lower East Side communities whose neighborhood they have made their home, bringing so many galleries with them.  Clearly, community concern about gentrification goes way beyond the proliferation of galleries. To respond effectively we've got to use our smarts, be creative, build a relationship with the New Museum and turn the arts to our advantage.  How do we use this opportunity to befriend culture NYC style and integrate traditional Chinese culture that has been part of the mix for every New Yorker? We need to undo the isolation that has hampered Chinatown's growth, and work together to make our community and our artists an integral part of the infrastructure of the city's rapid change.
Read more
Newer Posts Older Posts
Subscribe to: Posts ( Atom )