Danny Yung, an experimental artist, hosted an event at The Roundhouse Community Arts and Recreational Centre, located in Vancouver, British Columbia. There, he introduced his renowned figure "Tian Tian,"and allowed children and adults to paint on their very own Blank Boy Canvas.

Danny Yung's "Tian Tian" is featured in an exhibition, starting April 21st, at 808 Nelson Street, Vancouver, British Columbia. There, more of his canvas', which have all been painted on, will be placed on display for the public.


"Blank Boy Canvas is a collaboration that unifies modern art culture and North American talent with Hong Kong’s creative godfather; Danny Yung and his character ‘Tian Tian’. Yung derived his name from the Chinese proverb Tian Tian Xiang Shang translating to Everyday Looking Up. The 50 cm three-dimensional canvas has been given to selected artists to freely express, create or alter the subject while exploring the theme of infinite possibilities while capturing the inquisitive and innocent nature of youth."

On Friday, April 21, New York University (NYU) celebrated the launch of the David Wojnarowicz Knowledge Base, at the Artist Archives Initiative Symposium. The project is in collaboration between two departments: the Fales Library and Special Collections, as well as the Digital Department.

Here is an official statement from New York University's Center for Humanities:

"We needed to create a database and website that would accommodate complex relationships between objects, media, people, dates, places, exhibits, conservation reports, publications, and other archival resources regarding Wojnarowicz’ life and work. These relationships proved to be challenging to conventional database design that privileges a highly structured and hierarchical arrangement of information."

This process of categorization, Glenn Wharton (above) acknowledged, does not fit every artists agenda -- some artists prefer to keep a content of mystery, rather than have every detail of their work examined. In response,  Bob Lee brought up artist Nam June Paik, who had taken a photograph of himself with his hair full of ink moving his head across a long strip of paper. The Museum of Modern Art struggled to archive and categorize the photograph: was this A photograph of an art performance?; or, was the photograph itself the actual artwork. Since Nam June created this specifically to make it impossible for MoMA to categorize his work, Lee stated that Asian American artists will create works that challenge the cognitive structure of Western knowledge, such as categorization.

(At another conference, the issue was raised in the context of Alfonso Ossorio. In his will he wanted the museum at Harvard to retain all of his collected things and place them together, rather than into separate categories.)

Lee suggested that innovative developments in artist's archives might consider the next step in structuring human knowledge and find a place for wisdom. Wharton acknowledged how Paik's name was often raised in such discussions, and said that his department was open to others to assist them in further exploring this field and confronting such questions.

On April 9th, the Downtown Community Television Centre organized a community event to commemorate Peter Kwong, who had passed away on March 17. He was widely recognized for his passionate commitment to human rights and social justice. All photographs were taken by Bob Lee, who attended the event.


Peter Kwong (1941-2017) was Distinguished Professor of Urban Affairs and Planning at Hunter College, as well as Professor of Sociology at the Graduate Center of the City University of New York. Mr. Kwong not only was a pioneer in Asian American studies, but also a leading scholar of immigration. Mr. Kwong published many books that explored Chinatown, Chinese immigration and labor, and Chinese politics. He has written numerous books, including Chinese America: The Untold Story of America’s Older New Community, Forbidden Workers: Chinese Illegal Immigrants and American Labor, Chinese Americans: An Immigrant Experience, The New Chinatown, and Chinatown, New York: Labor and Politics 1930-1950.

He also contributed to several English language publications, such as The National, the International Herald Tribune, the Globe and Mail, and Village Voice. He wrote several articles that touched upon controversial topics that not only effected the Asian American community, but also the entire world. On July 17, 1990, Mr. Kwong wrote an article entitled “The Year of the Horse,” which investigated the growing control of the heroin trade by Chinese organized crime. He also wrote an outstanding, eye-opening piece (that was published on June 9, 1992,) about the 1992 Los Angeles Riots: in his article “The First Multiracial Riots,” he argues that contemporary media reports fundamentally misunderstood the L.A Riots of 1992 as simply a “Black vs. White” phenomenon, when it was actually “the first multiracial class riot in American history.” Both of his articles were nominated for the Pulitzer Prize.
In an email, Joseph P. Viteritti, the Chairman of Hunter’s Urban Policy and Planning Department, wrote that Professor Kwong “challenges the notion that Asians are a model minority, revealing in his research widespread class divisions, poverty, exploitation, drug abuse and organized crime — all of which were exacerbated by decades of discrimination by a majority white society."

In addition to writing, Mr. Kwong also chronicled the Asian American experience through documentary films. He covered similar issues, ranging from a market in Chinatown to Chinese organized crime in New York, discussed in his articles and books, through his films.


Mr. Kwong produced the 2010 Oscar-nominated short documentary film China’s Unnatural Disaster: The Tears of Sichuan Province, which depicted the Chinese government’s inept response to a catastrophic earthquake in 2008 that killed tens of thousands of people. The film was broadcast on HBO in 2009.

Numerous colleagues, friends, artists, and enthusiasts, as well as family members, attended the event, some reminiscing about their experiences with Mr. Kwong and the impact he had left on them, and the lives of others. 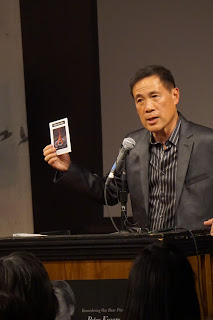 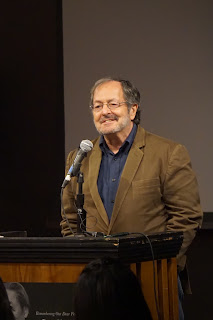 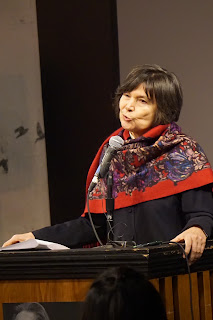 Peter Kwong was a man who highlighted the raw and complex history of the Asian American experience --  he went beyond stereotypes, beyond the media, and beyond established assumptions. He created rich and detailed pieces of literature and artwork that highlighted the specific and complex narratives within Chinatown, that can simultaneously be gain empathy and support by other communities. His work reminds us of many things: that the beautiful can be flawed; that the vulnerable holds strength; that the divided can find unity; and that the powerless can become the powerful.

On April 1st, The Florentine Music School and the New York City Department of Cultural Affairs (DLA) facilitated an event that allowed Chinatown and the DCLA to collaborate together, in order to evaluate the Cultural Plan, and hopefully inspire local community members to create a cultural plan of their own.

Aside from bridging the gap between locals and officials, the event also provided the Asian American Arts Centre to promote the People's Cultural Plan. Bob Lee, who attended the event, explained that  it is important for officials and locals to be given a proper amount of time to communicate, and to form a cultural plan that satisfies both parties.

We thank DCLA and The Florentine Music School for facilitating the event, and for providing a space where two seemingly different communities are able to communicate and collaborate.


*All photographs were taken by Bob Lee
Read more

Rally for the Arts!!

As explained in a previous post about the NEA, the Federal Budget in 2016 was approximately $3.871 trillion; both the NEA and the NEH spent around $148,000,000 within the budget, which is, according to Washington Post’s Philip Bump, is only 0.03% of the overall budget — The NEA gave $14.5 million to 419 groups in New York City last year. However, Trump’s administration still wants to relocate money away from domestic (art) programs, and towards security and defense  — the proposed budget increases the two departments by $54 billion overall.

The Rally to Save the Arts united a wide spectrum of artists who represent both the visual and performing arts: independent artists, the Asian American Arts Centre, the Actor’s Equity Association, New York Musician’s Union, and The Poetry Society of New York are some examples.


There were also some highly prestigious guest speakers, such as Queens Councilman and chair of the Cultural Affairs Committee, Jimmy Van Bramer. “President Trump’s budget is an unprecedented and vicious assault on the arts, the humanities, libraries,” he said. “President Trump talks a lot about making America great again, but you can never make anything great again by crushing its soul.”
Former Talking Heads frontman David Byrne also spoke at the Rally. He viewed Trump’s plan from a more economic lens. “You may hate the arts. You may hate the stuff that people paint and the theater that they do, but do you want to lose all those jobs? Do we want to kill this part of the economy? That’s just completely stupid.” He extends his argument in a self-written blog post, entitled What Good Are the Arts?:
“A recent study called Arts and Economic Prosperity found that nationally the non-profit arts (we're not talking about Broadway shows, pop concerts, video games, movies or the art world) generates $135.2 BILLION in economic activity in the US… In 2013, the production of arts and cultural goods added more than $704 billion to the U.S. economy. This amounts to 4.23% of GDP. The arts and cultural sector contribute more to the national economy than do the construction, agriculture, mining, utilities, and travel and tourism sectors.”


Actress Ciara Renée defended the arts by highlighting it’s more psychological impact. She said that the arts is a “collaboration of what is with what can be” and a “connection to something higher and more powerful than any stagnation or destruction and abundance, a surplus…Does that sound bad to you?” she said. “So it’s a wonder why the powers that be wanna take an ax to it, stop it in its tracks when it’s already placed at the bottom of the totem pole of existence?”


Jelani Remy, who portrays Simba in Broadway’s The Lion King, contributed his own personal stories relating to how important the arts were to him as a kid. He then lead the crowd, outside City Hall, in a rendition of “Over the Rainbow.”

"Below is a picture of a high school senior who, when asked which of the arts she attributed to saving her life, she said, 'The visual arts.' I had a feeling that I had just taken a picture of the most profound sign at the Rally. So, let me thank Sara(h) for taking her picture." -Bob
To quote Jimmy Van Bramer, "He [Trump] has come for artists and the cultural community today but first, the president came after Mexicans, then Muslims, then immigrants—including the undocumented—then it was the trans youth of our country, then the health of millions of Americans with Trumpcare and now he comes for us. But he was defeated on Trumpcare, wasn’t he? Because of rallies just like this. People taking to the streets saying that we will not accept this, this is not who we are. We are better than this.”