Chinatown Is Not For Sale- AAAC Executive Director Responds

October 22, Artists Space, Chinatown Art Brigade, and Decolonize This Place brought together local residents, activists, gallery owners, and artists for a candid dialogue on the growing impact of art galleries in Chinatown.

Asian American Arts Centre Executive Director Robert Lee was asked to be a respondent to the conversation. Post-event, he continues his response here:

I want to thank the Chinatown Art Brigade for asking me to be a respondent to the panelists at the Chinatown Is Not for Sale event on Saturday, October 22nd, held at Artists Space on 55 Walker Street. My comments now might shed more light on this situation if I speak not as the respondent but more directly from the perspective of someone who has been working on contemporary Asian American Art for some time, and address the question Tomie raised-- the borders of Chinatown. I'm referring less to the physical borders than the cultural borders. In this way it may become more clear why the arts are central to Chinatown's growth as an important partner in the larger cultural life of New York City.

Asian Americans, the next generation who are inheriting the dynamic Chinatown community, are clearly on the border, crossing and connecting and dissolving the border between Asia and America. Lower Manhattan's Chinatown is unique in that it bears all the markings both racially and politically of its long history in New York City, and even as a microcosm of China's immense past. New Yorkers and visitors who want to experience Chinatown may enjoy touching just the surface of this community, for it offers a brief glimpse into deep time, into a fragment of ancient time. Physically these few square blocks are actually a window into a vastly important encounter, perhaps far more important to the whole city than to the population who live within its limits.

Recently I went to a five-day conference on Traditional Chinese Medicine. I was surprised for nearly twenty minutes by the opening address of the keynote speaker, who is the founder of this medical profession. I thought it was a lecture on the arst. How to look deeply and feel the art, whether it was a painting or a popular song, listening emotively, savoring every note. Taking time to practice, repeating this lesson several times, to be sure everyone saw every color, every stroke. This was a lesson for practitioners of the art of healing on how to be open, how to sense and feel their patients. They did not treat symptoms, for these were only messages from the body, living energies flowing through not the physical body, but the energetic body. This energy can be sensed; the vibrations can be felt in exactly the way art communicates.

It is here on this border, on this frontier, where the patterns of quantum physics apply (Peter Russell, a physicist, also delivered a keynote), where the latest, most contemporary ideas meet ideas from tradition, Asian tradition. And one of the most vital ways to communicate such changes in the world we live in is the arts. This is precisely where Chinatown sits, where the break between modernity and tradition merge, their energies flowing into each other. To recognize the vital character hidden in Asian traditions is to remove the blockages, the stereotypes that hinder the flow of life, and the energies it embodies.

Lion Dances during the Lunar New Year season may seem quaint, a tradition that is no longer practiced in most of China. If you saw it last time you may have noticed how those who watch it are rapt, many as if in a trance. Many can't take their eyes off what seems a merely auspicious ritual. The rhythms and the roots of Lion Dance, however, go back 500 years to the Nuo Masked Dances, which are still practiced in certain mountain cultures in China. And the Nuo masks go back 4000 years, perhaps to Neolithic times. Within the small borders of Chinatown are rhythms that touch on the roots of China.
In this community where so many work and live together, some 4th, 5th, and 6th generation, with other more recent arrivals, the customs, manners, instincts and accents vary into a wide array. Yet they all retain a compatibility with each other. It is this immersive geographic cluster that is so New York, that is accessible to a broad public. We all know when we are in Chinatown. You can feel it. The multitude of street signs, the closeness of things on top of each other, the sounds of people talking, working, laughing, this is what attracts many to come, walk on its streets, stop, visit, stay a bit, feel the vibes. All that we sense is part of the human architecture, part of the energetic body of Chinatown, and its borders permeate beyond its physical limits. The essence of Chinatown is not physical. And to encounter it in food, Buddhism, martial arts, churches, streets, language, neighborhoods, music, dance, brushwork and new art is to touch a vital part of what it means to be alive, to be a New Yorker.

We have all experienced it. It's time to become conscious of it.

It's through the arts that Chinatown can become conscious of its role in the city, be the partner to keep the city and its culture not driven, not rushed, not crazed, but thriving, energized. It's not just the income, the jobs, the housing, the parking we want. Clearly these are part of it. But the vital energy of living culture is what we want. When we come to recognize this, we can take steps to nurture this and protect it.

For example, what has been offered at this event is a map of what could be interpreted as a foreign invasion, a Trojan horse for gentrification. Yet two of these galleries, Whitebox and 47 Canal, given we understand better their cultural mission, their purpose and compatibility with the cultural future of an energized Chinatown, and given their stated interest in working with this community, are both assets in moving our community forward. Whether other galleries have a direct interest in Asian American art or China's art, or a cultural phenomenon in Asia, or a cultural question even here in the states in which we as Americans are still deeply implicated, the energy they bring can be compatible with our goals. The energetic body of Chinatown can help envision/formulate a proposal to the local community board for an advisory role in screening galleries seeking to relocate here. With the city's blessing in acknowledging the value of a vital energized Chinatown, galleries can make a presentation of their cultural mission, what kind of cultural energies are important to them, what relationship do they seek or have with Chinatown's cultural future. These and other questions, like - are there already too many galleries on this street? Then our community can weigh in on how Chinatown develops. Such a process in some sense might even be implementable retroactively. (With the city's blessing, other steps can be taken on the housing front, and I'm guessing, even on the small business front.)

The physical borders of Lower Manhattan's Chinatown are quite limited. However, what the city, the state, the East coast, and even the country risks losing to gentrification is profound. Chinatown is in the mind. It is what it means in no small measure to be a New Yorker, to be living in contemporary times. Not to be able to touch and feel its essence would be a deprivation, a loss to what makes New York an attraction. With the growth of digital culture, more internationally are becoming aware of the vitality in our neighborhoods.

Become conscious of the flow of cultural energy, its role in the life of Chinatown. Then we can take actions that will energize everyone.


Artist Jean Shin introduces the crowd to a man who runs a bottle-collecting stop in Chinatown around St. James Place. There is an estimated 5,000 women in Chinatown who dig through trashcans to collect bottles, which they sell for a five cents each to a "middle-man" (above), who in turn sells it to other states.


A participant speaks about the New York Department of Sanitation.
Read more

"From digital video to painting to photography, the three artists employ vastly different media and process of working. However, they all share a common theme that touches upon desire, accumulation, and transformation in exploring various cultural nuances.

"Whether capturing a slice of contemporary life through the lens of media saturated Pop culture or the nuanced balancing act of immigrants trying to reconcile who they are at the intersection of contrasting cultural and sociopolitical economies, the works in Multiple Exposure present intriguing accumulation of multifaceted interpretations and perspectives" 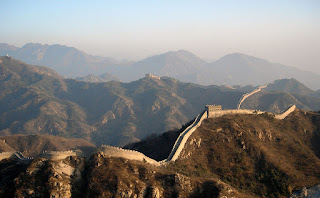 That traditional China has a unique culture and its presence midst the global family of cultures carries a special importance for us all. I don't believe the question of Egypt significantly impacts this understanding. How China's culture embraced the world has a unique stance, direction, tone, evolution and character.  This cultural knowledge may be enlarged but significantly altered, that's hard to see as possible, given the limits we all live with.
Read more
Newer Posts Older Posts
Subscribe to: Posts ( Atom )