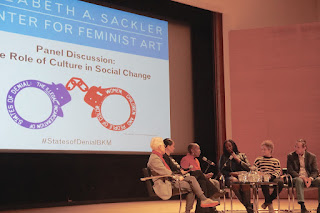 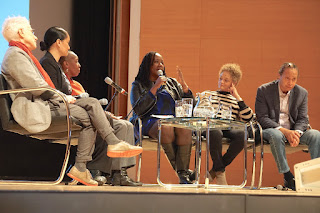 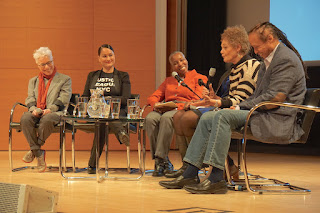 
Join us for an exhibition tour of Bronx Museum's extensive solo exhibition of Martin Wong’s art titled, “Human Instamatic”!
Lead by Robert Lee, this will be the last week you can see it!
$10, (free for high school and college students with ID).
Special intro for those unfamiliar with fine art/Asian American art.

In his own way, Martin’s ethos is similar to Teh Ching Hsieh's profound expansive humanity. Teh Ching, whose several one year performances immediately made him an internationally important artist. The whole top floor of the Guggenheim Museum in 2009 The Third Mind exhibition was filled with just one of his one year performances - a worker punching time clock cards, every hour every day for one year. Martin's sense of compassion is related to this work.

As Chinese Martial Arts teachings council, be mindful of the heavens in your posture (Martin's paintings often show the pattern of the stars) with feet squarely on the earth (earthen pottery initiates his career & continues with earthen pigments throughout his career) in this way connecting heaven and earth – a scholarly virtue.

His paintings are covered with his own varied scripts, claiming his relation, in this way, to China's painting traditions. His paintings are rooted in his poetic spirit revealed in his early calligraphic poetry scrolls (See PPOW's website http://www.ppowgallery.com/exhibition/4097/work#&panel1-6). An Asian sensibility unleashed in the heart of the inner city, his visual poetry critiques US jails, ghettos, shuttered lives, that turn Sky into bricks, so lovingly painted. With his feet squarely on the earth (earthen pottery initiates his career; continues with earthen pigments) and his written scripts and star patterns in the sky, his connection to heaven and earth he is always mindful. Bricks are clearly his own Zen practice. Even his painting in bricks of a monumental penis is an Asian tradition - you can find circular stone trays of water fountains throughout China with a large stone erect motif as a central structure.

Sad that his Asian faces are only mass media tropes, with none of the tenderness he renders in brown faces. Except of course, for his own and his parents, whose faces can be seen in a painting of a laundry storefront.  Some of his own portraits take part in Asian grotesqueries, however Pop.

Martin studied pottery in college, so his painting skill may be self taught. In that sense he could be termed possibly an outsider artist. In 1998, a year before his death at 53, in San Francisco Martin Wong was elected grand marshal of the city’s Chinese New Year Parade. Like his firemen so well equipped rendered as heroes, Martin Wong is himself a hero in painting the inner world of our inner cities in praise of what he saw there – its deep humanity.