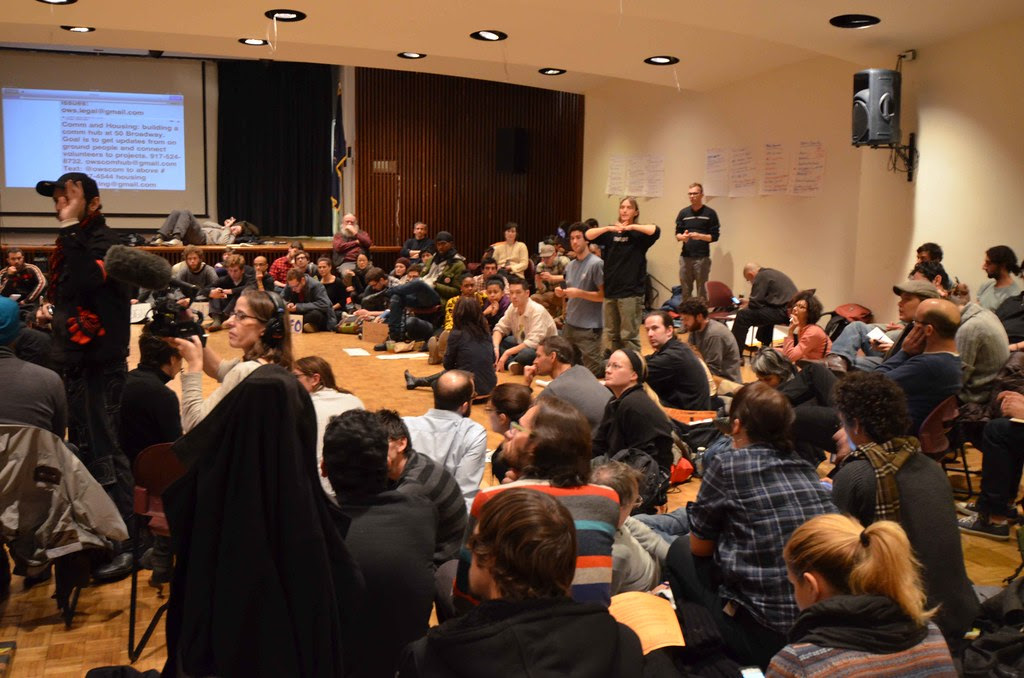 Meeting on November 18th. Occupy Wall Street has developed an additional organizational structure called “The Spokes Council,” and because the general assembly—the major entity by which OWS functions—cannot do everything in a timely manner (too many meetings, not everyone can attend), this council has reps from every group under OWS. Currently, there are over 135 groups, with each group identifying their spokesperson. There are certain rules mandating that spokespeople must change for every few meetings so more people have an opportunity. However, other people from the group are encouraged to come with the spokes to these meetings—three to four times a week. Additionally, every group might have any number of sub-groups—fifteen sub-groups are not unusual. This is just an idea of how extensive OWS is! 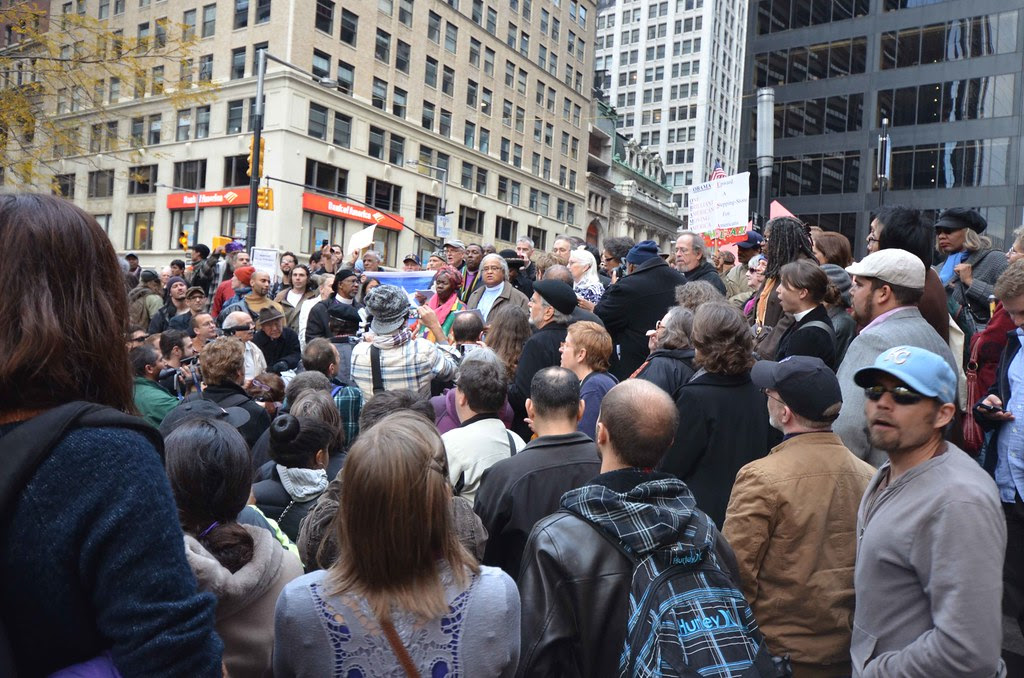 Civil Rights Elders share torch on November 20th. On this day, an organization of civil rights elders came to OWS in solidarity, voicing that they did not want to pass the torch—but rather share it—with OWS. A large gathering of people attended the events that day. They were enthusiastic to be mentored by these leaders who had accomplished so much and had so much experience with grassroots organizing. These civil rights leaders were also people of color, showing the transition that OWS is going through in understanding the importance of the inclusion of people of color. The speakers at the moment are the two individuals in the far center of the picture, the woman in red and the man in white. 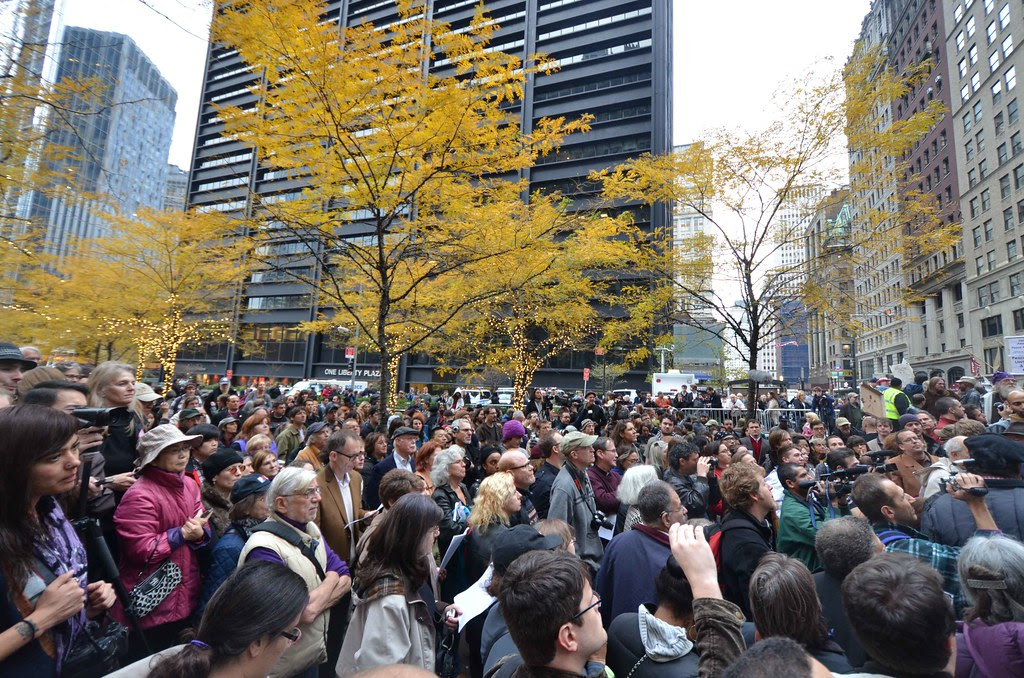 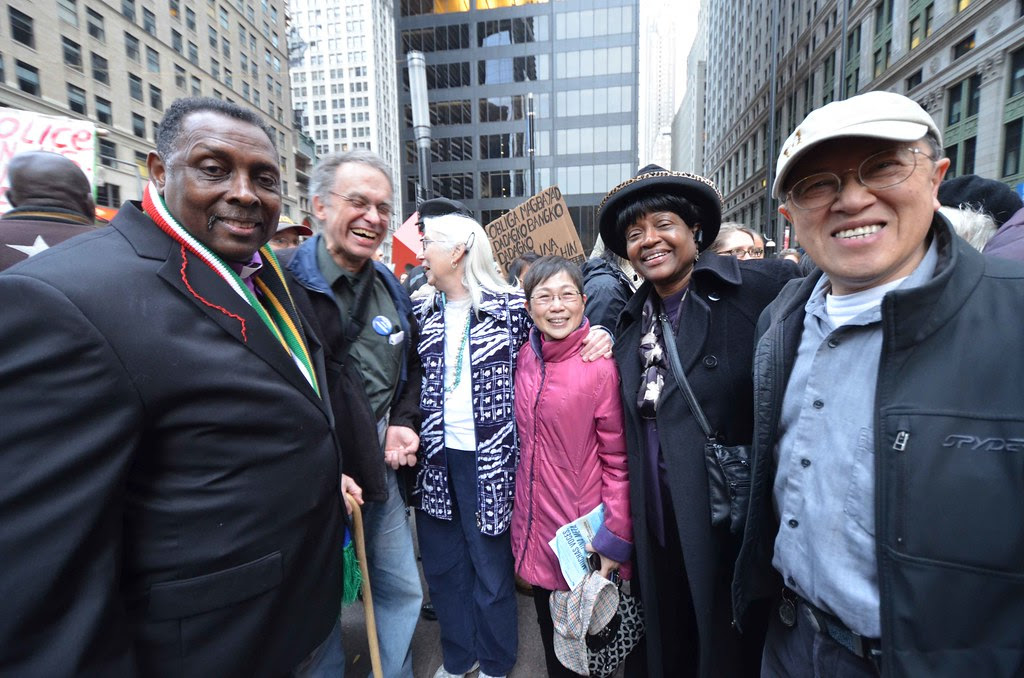 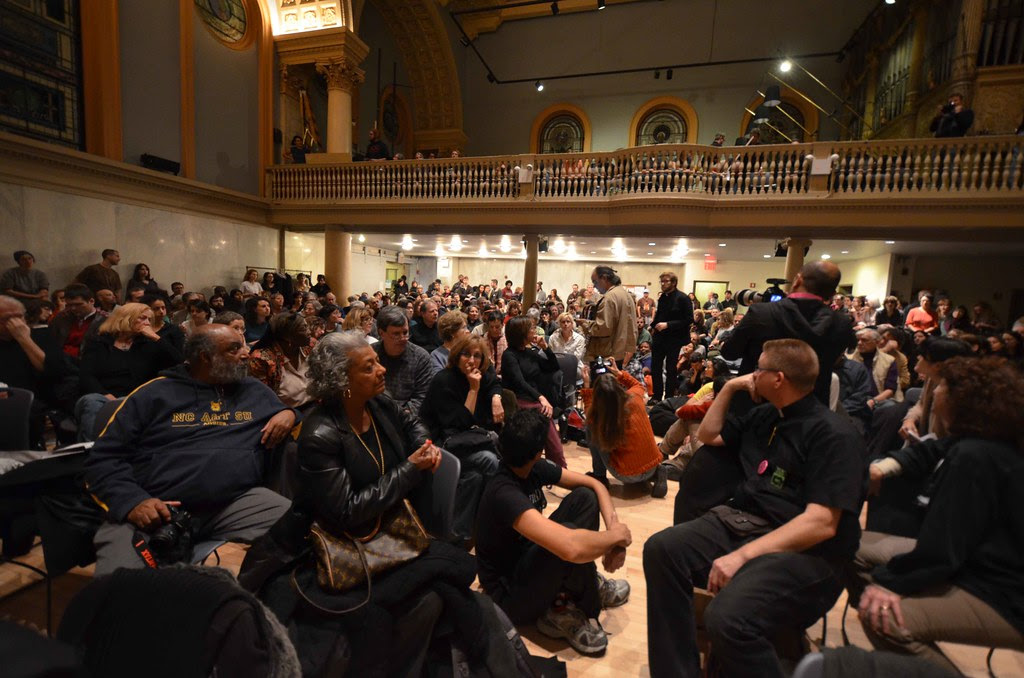 Later in the afternoon, a large gathering of people assembled in Judson Church to hear the Civil Rights Elders speak. 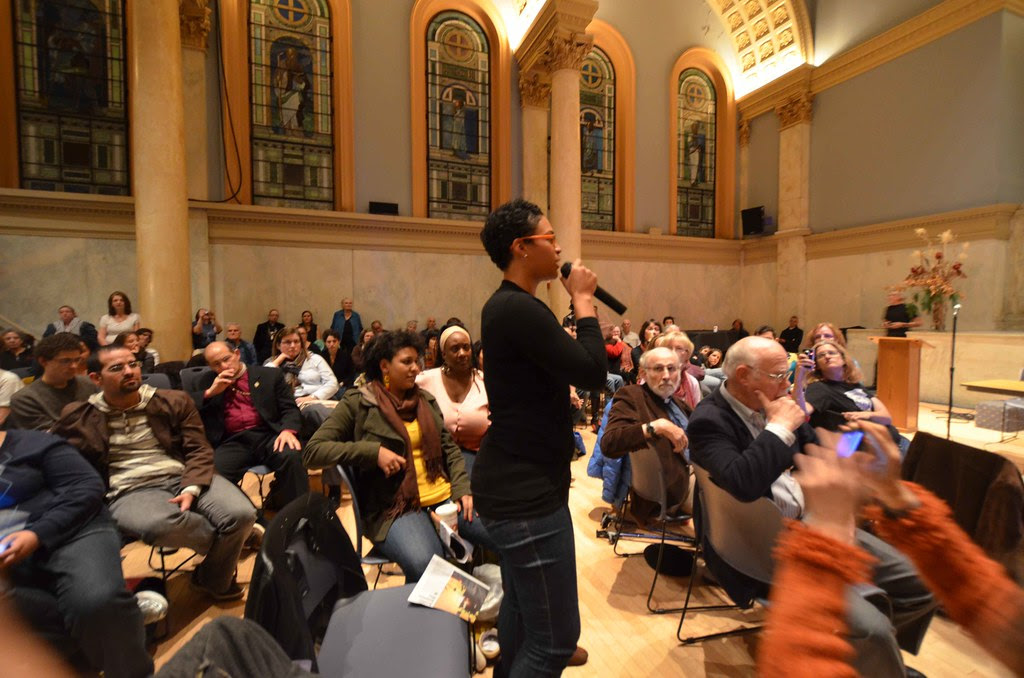 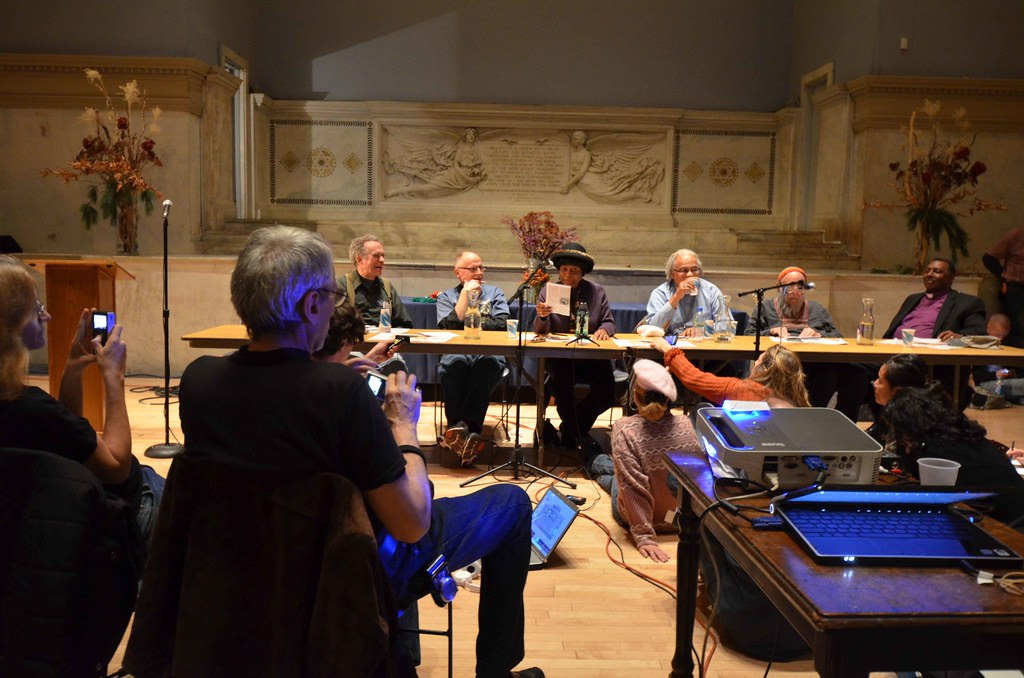 The Civil Rights Elders on the panel. 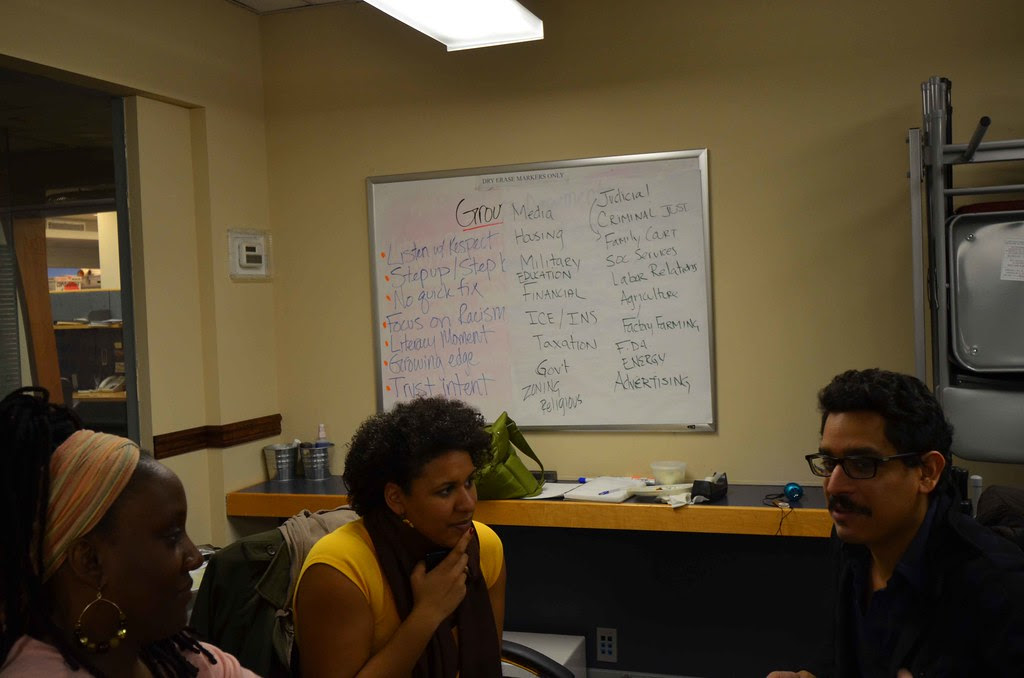 People of Color Anti-Race Training Session held at the Urban Justice Center. The two trainers (on the left) provided an in-depth training session to help all the attendees understand more deeply societal intersection between class and race. 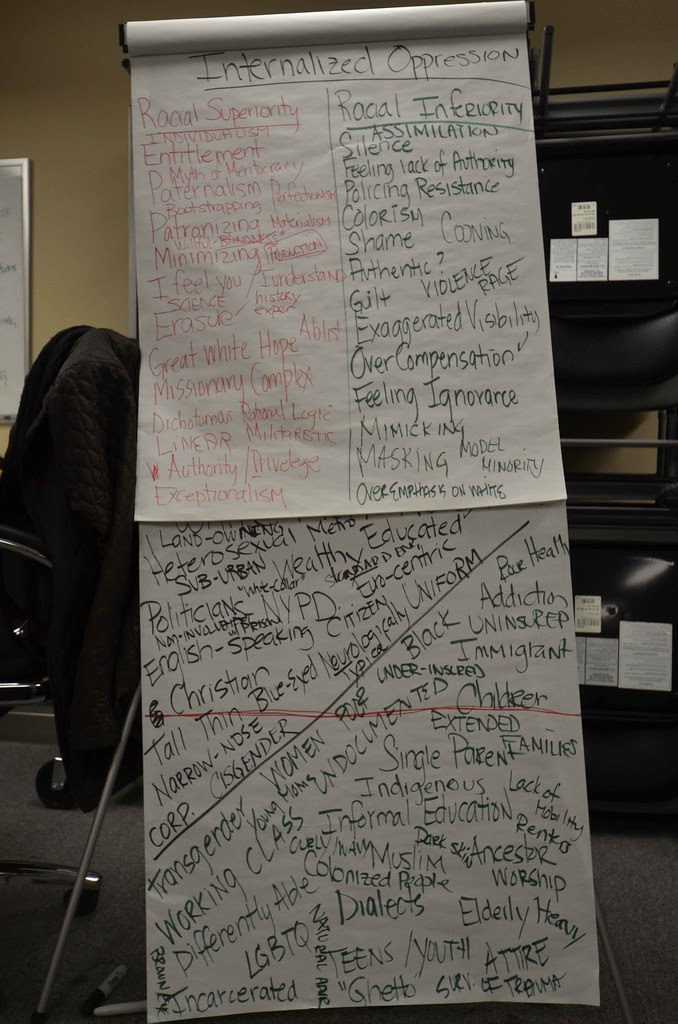 This was generated by the group attending the training session. This was used to help us understand the importance of how race and class are working together. Where do we start in resolving these intra-racial conflicts? 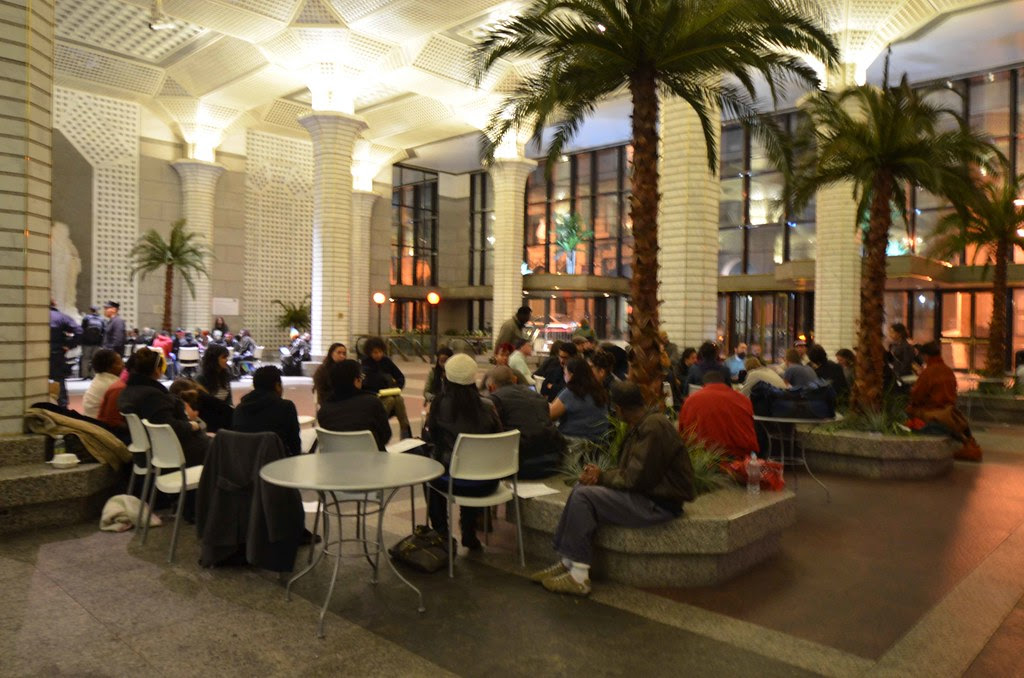 POC meeting on November 27th. I goes to POC meetings probably once or twice a week and document them through photography to show that POC is very much active. This meeting is at 60 Wall Street.
Photos and captions by Robert Lee
Tagged