March and Vigil for Danny Chen 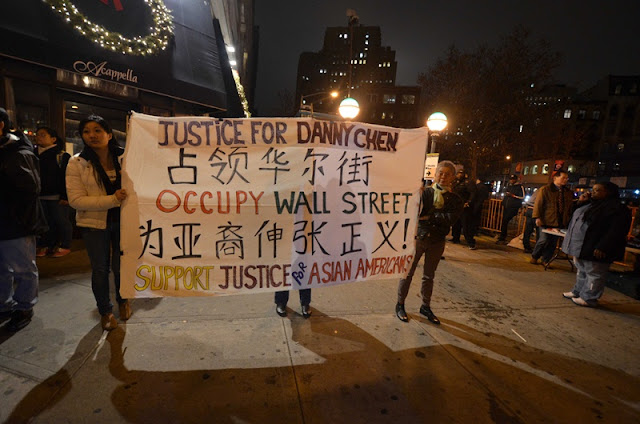 Banner that we created with the support of OWS. This march started on 143 Chambers St. The whole family was standing in front of an army recruiting facility, each holding a sign, with Danny’s mother holding his picture. It was extremely crowded and the organizers tried to keep everybody off the street and on the sidewalk, with a path for pedestrians. There were a lot of reporters and cameras.

(If you don't know what happened to Danny Chen, click here) 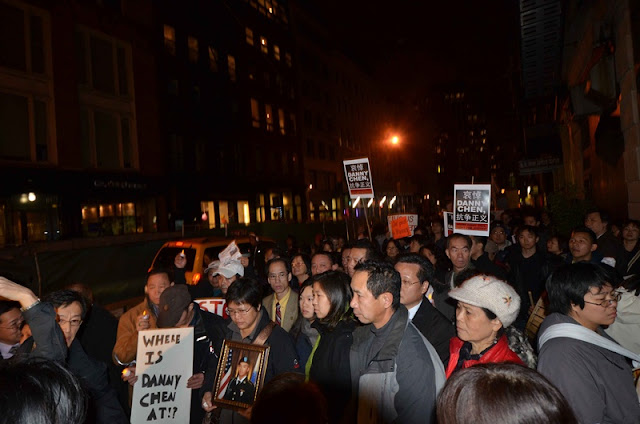 As the march began, the organizers had the family at the front of the march with all of us following them. The media and the organizers tried to create room for the family to start the march and proceed. At the same time, there was a lot of documentation by photographers and video recorders. 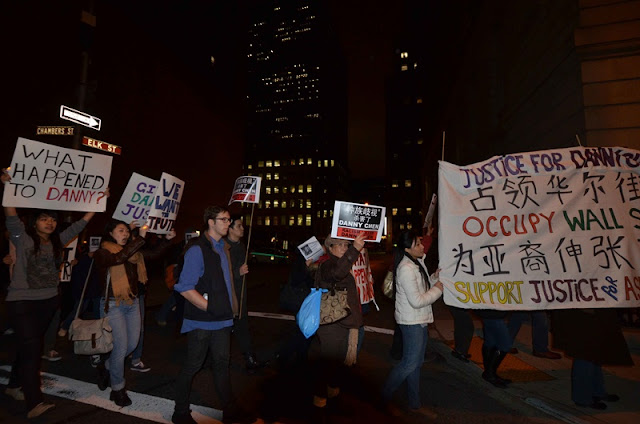 At this point, the march had walked past the federal building. 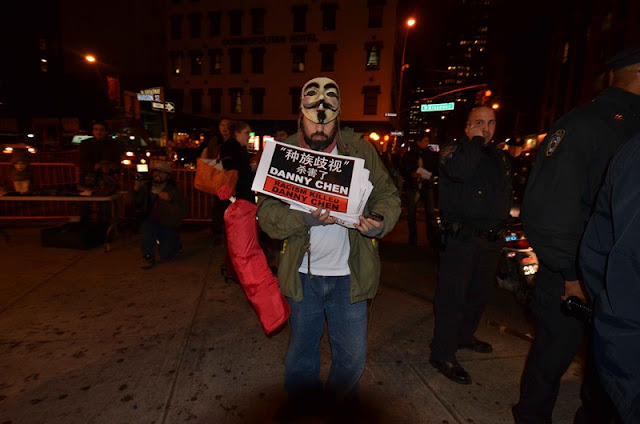 #OWS was a visible part of the march. Many people, including the family, remarked on an appreciation for the posters that OWS had brought to the event. 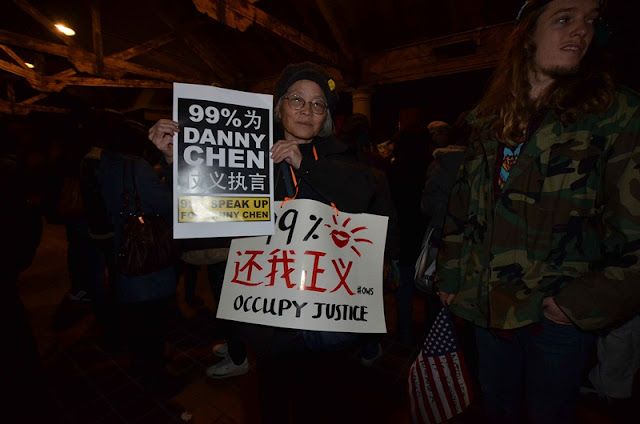 Many people from the Chinatown community carried OWS posters. The organizers also gave special mention to the #OWS presence as one of many sponsors for the event. 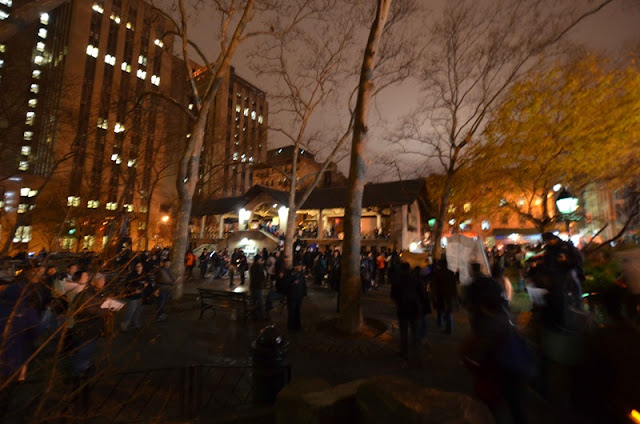 This is the scene in Columbus Park as people gathered and began to fill the pavilion where speeches, talks, and songs were part of the program. 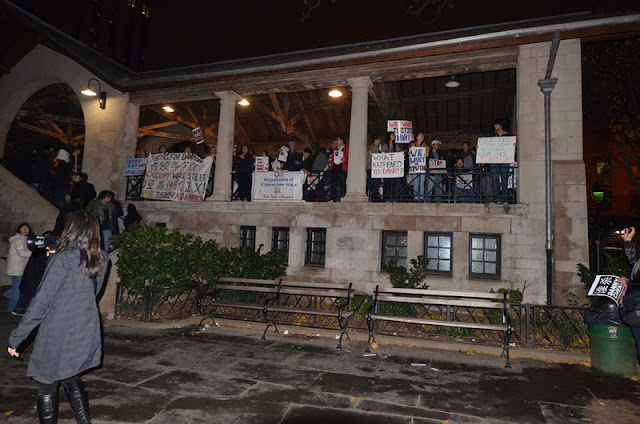 Here, you can see all the people gathered in the pavilion. There were too many people to fit all on the pavilion, so many were listening from the park grounds. It was estimated that there were over 400 people present. 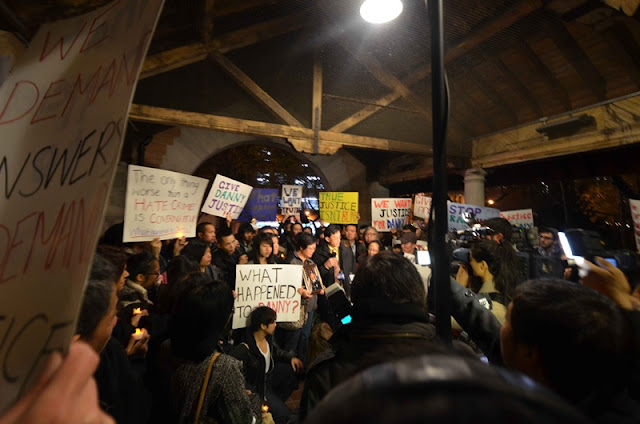 Four political leaders address the audience: Margaret Chin, Grace Meng, Squadron, John Liu, and Velasquez (who got sick and sent her apologies for not being able to participate). Additionally, OCA president Liz Ou Yang gave an amazing speech revealing a meeting the night before at the Pentagon, where a list of twenty questions had been presented to officials and answers were demanded by January. She also revealed that the investigation would not be completed until the end of February, but we know now the announcement has been two days ago that eight soldiers have been charged with various levels of crimes. The trials of these eight soldiers will take place in Alaska. Further news is still expected in mid-January. 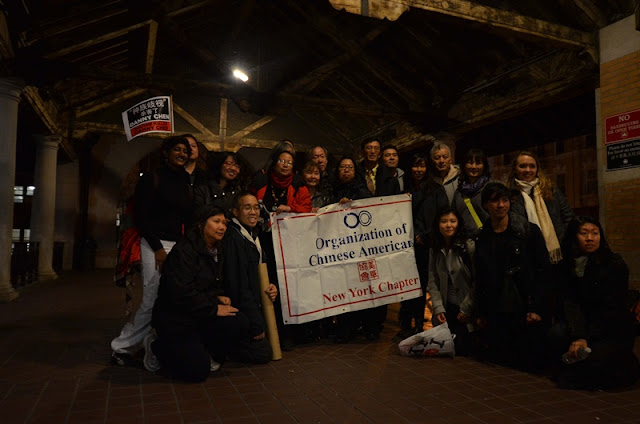 After the conclusion of this march, OCA, who has worked so hard in rousing the community to make this very powerful and historical event happen, came together to mark this important political and community achievement. This is an example of how Asian Americans can stand up for their rights in an effective and powerful way, and this skill must be emphasized among minority groups. Senator Gillibrand has issued her letter to the military for a comprehensive report on hazing within military ranks and the responses taken by commanding officers. This attention will serve to affect the future and well-being of all people of color and the nature of the US military itself. If the potential of this action is realized, it will be a remarkable development and consequence from the tragic incident that took Danny Chen’s life.
Tagged