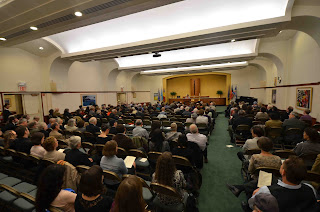 Michael Nash was head of the NYU Tamiment Library and the Robert Wagner Labor Archives.  He passed away after several months in the hospital after an unusual infection in the knee.  We met him in our negotiations with the library and the a/p/a Studies program to preserve and archive the collected files of AAAC, hundreds of boxes of program and operations materials, some dating back to 1968, inclusive of Danny NT Yung files and his work as the seminal founder of Basement Workshop. Michael was gentle, a gracious man who apparently brought vision and care to all his pursuits on behalf of the library, documenting the turbulent unknown history of Labor activism and its inner workings. For us and for the Asian American Movement early days, what actually happened is now preserved.  This might not always jive with the myths of later years.  We can thank Mr Nash for this.  The memorial held on 15th Street was filled as you can see, with many speakers, recounting many of his visionary achievements. 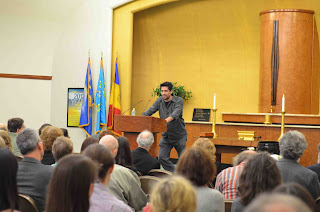 Michael Nash's son was the last to speak.  It was great, lovely and tender to hear him.  Now I know the songs of the 60s and 70s are part of the formative years of many who make up a network, a large network that is the foundation for many institutions in the US, and their spirit of the Left.