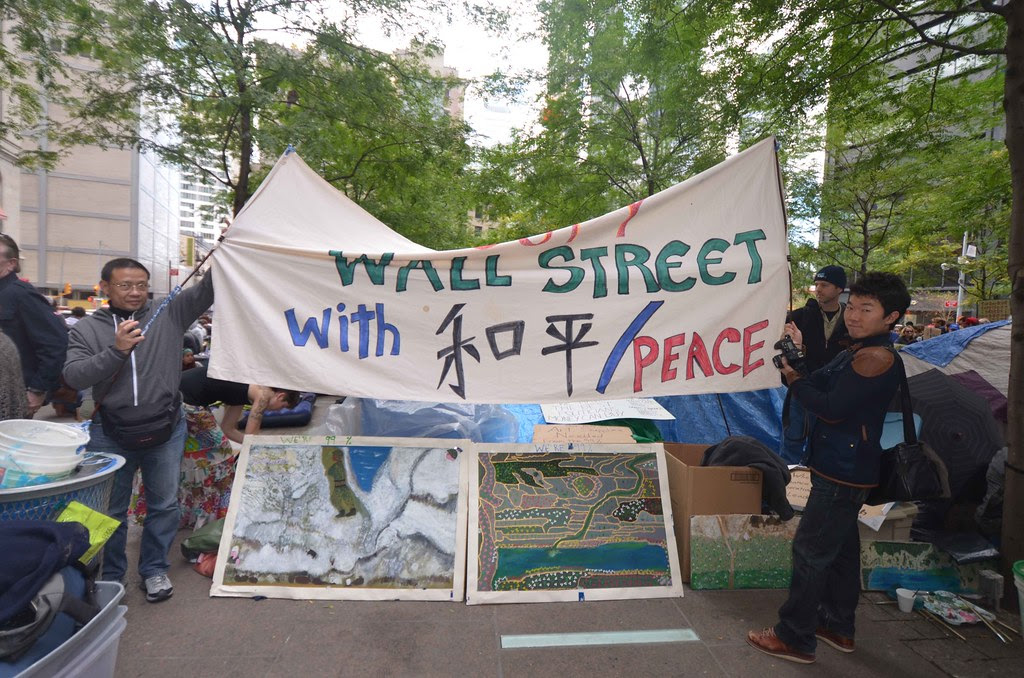 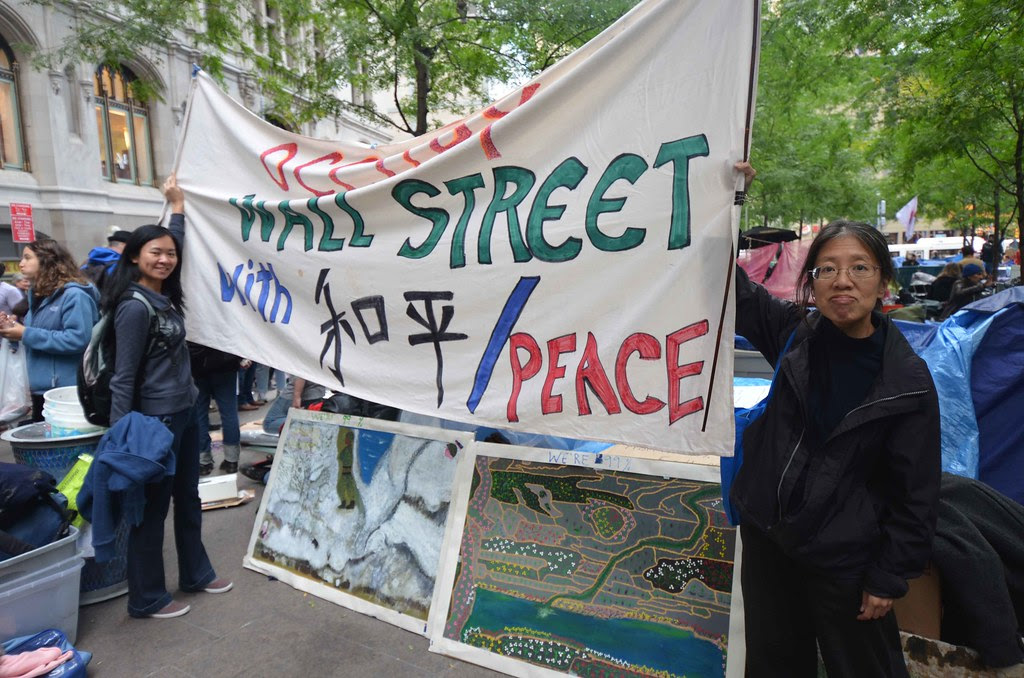 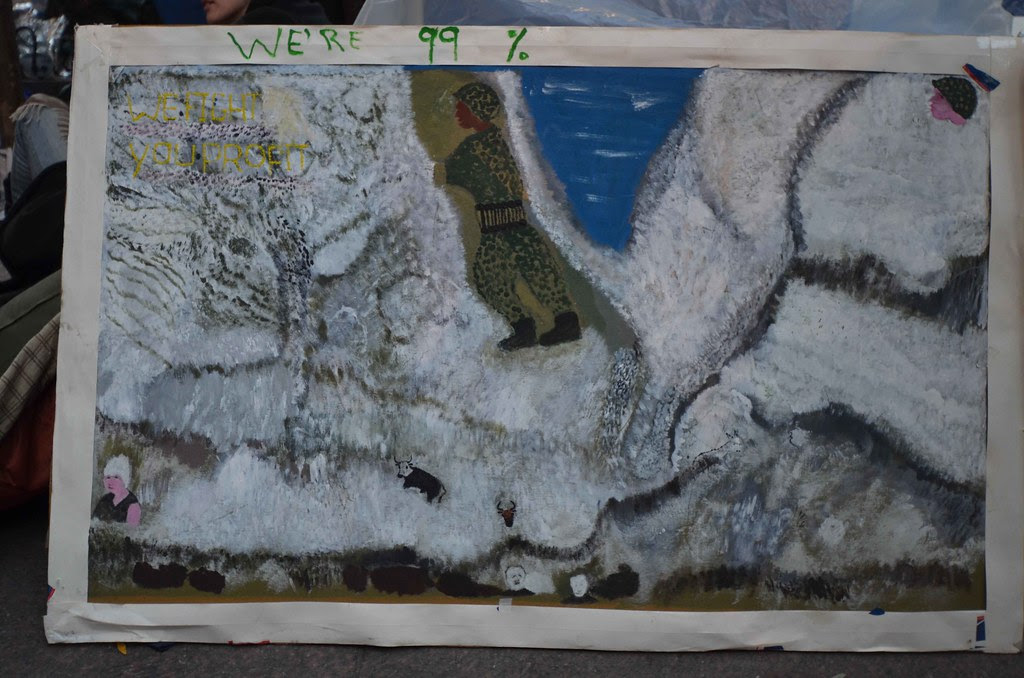 Painting of soldiers by the African American artist titled "We're 99%".  He was interviewed by news teams and artists from Europe when we were there. 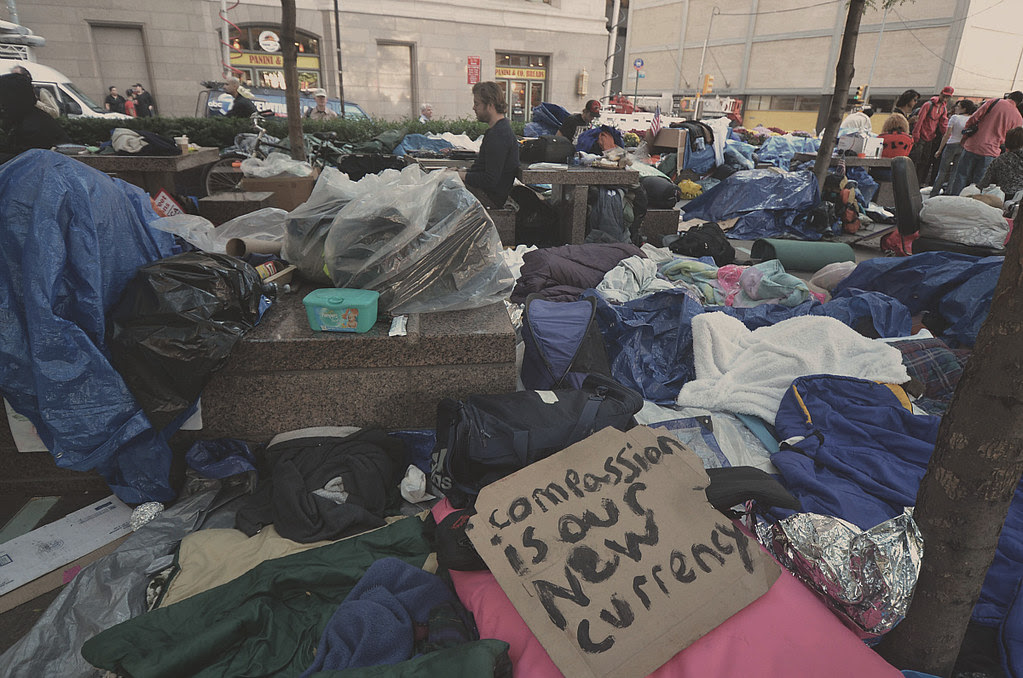 "Compassion is our New currency" poster taken on a cold weathered day during the week of October 16th. 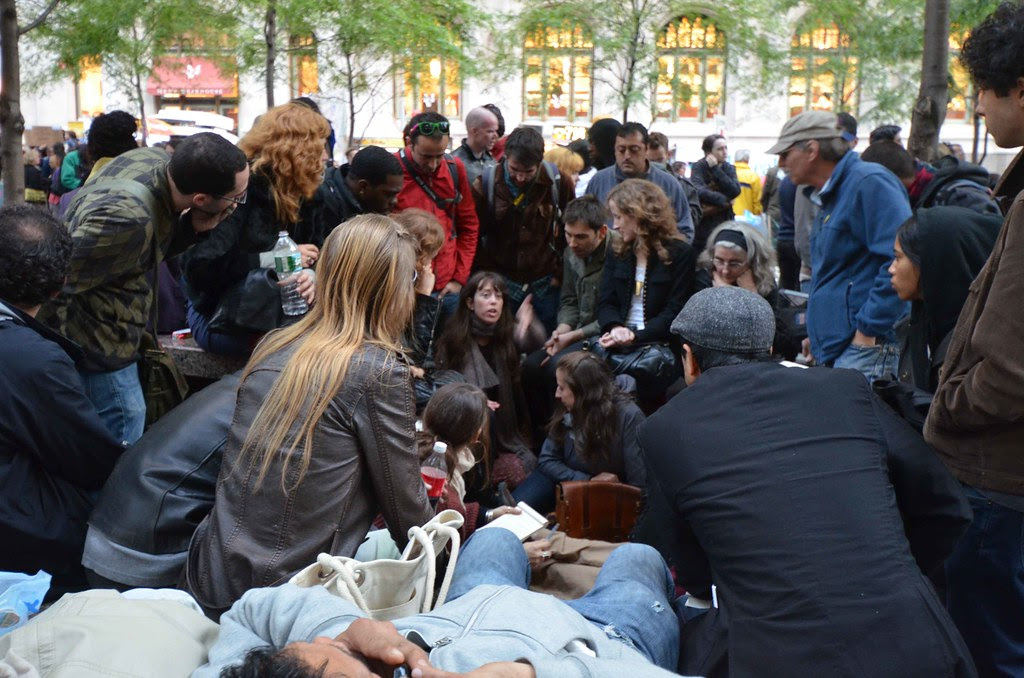 Discussion at 5pm on the second Saturday at the park. 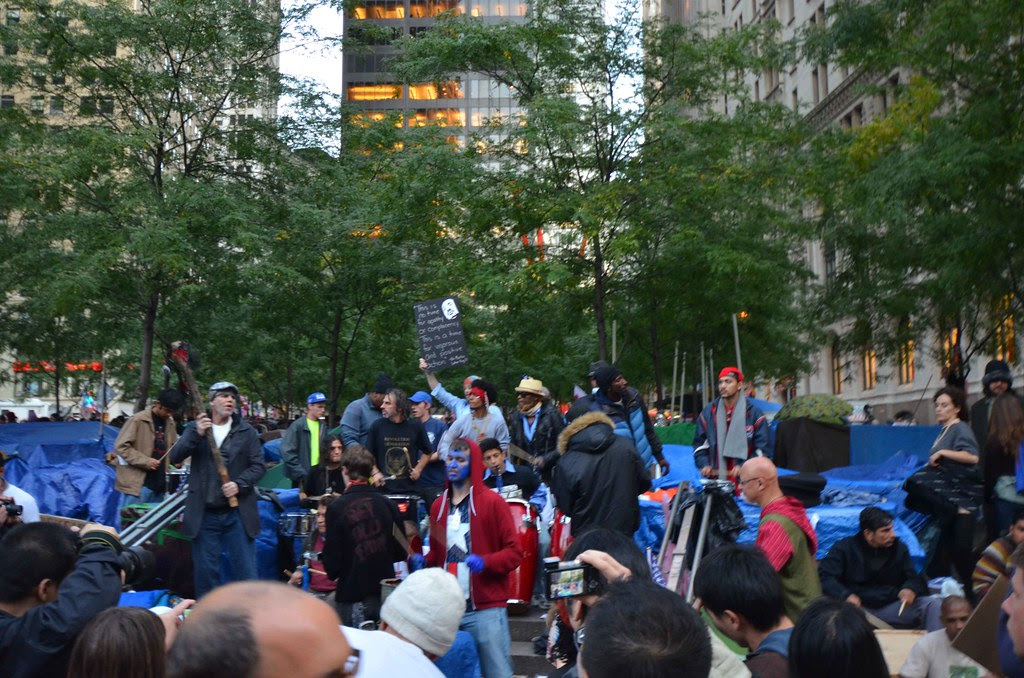 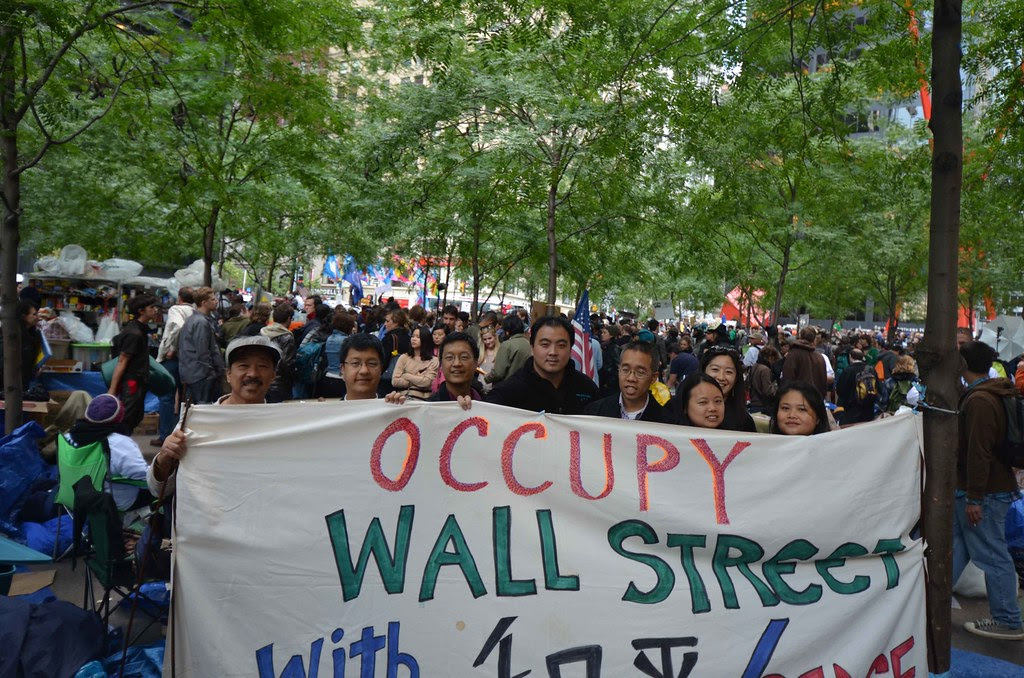 This is from the first Saturday on October 15th. 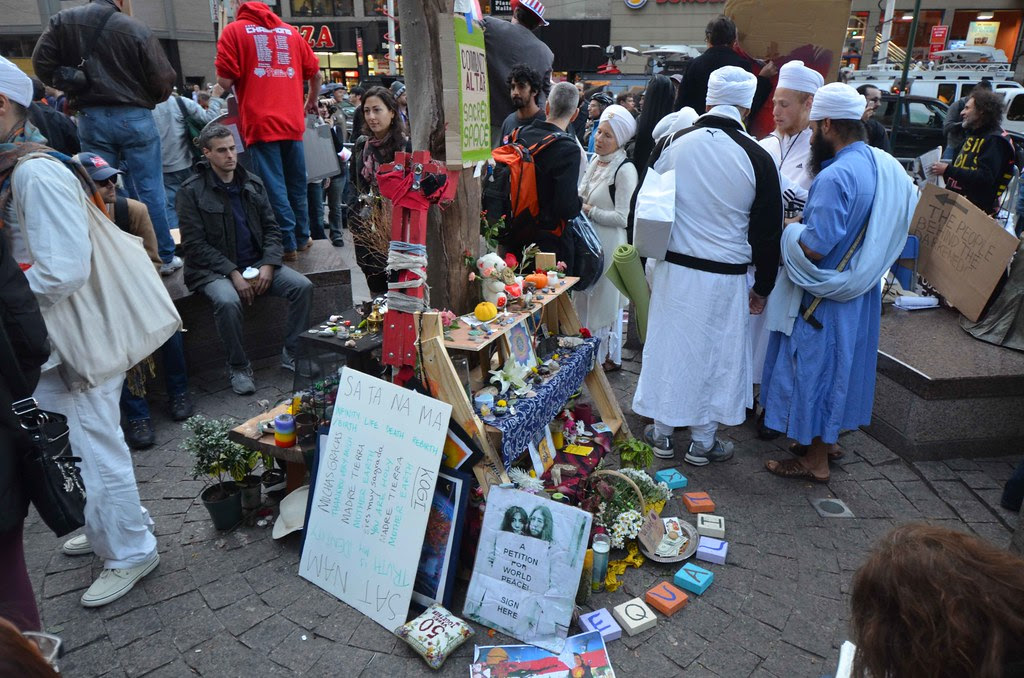 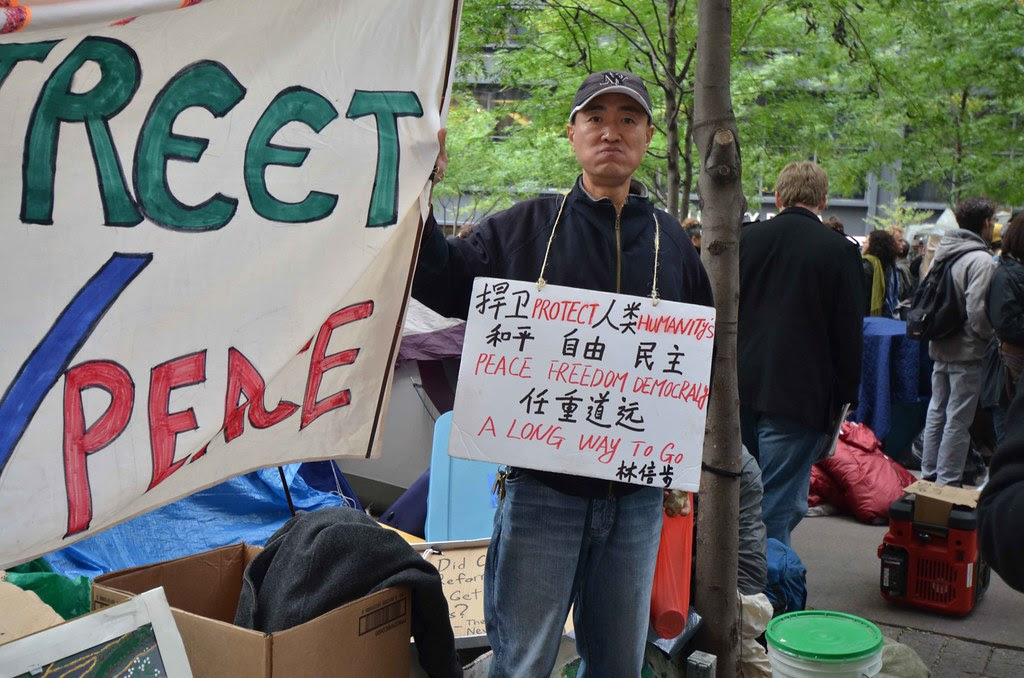 A man from Shanghai.  He had been living in the U.S for 10 years.  He is almost always at the Zucotti park, and he carries his banner on his neck everyday. 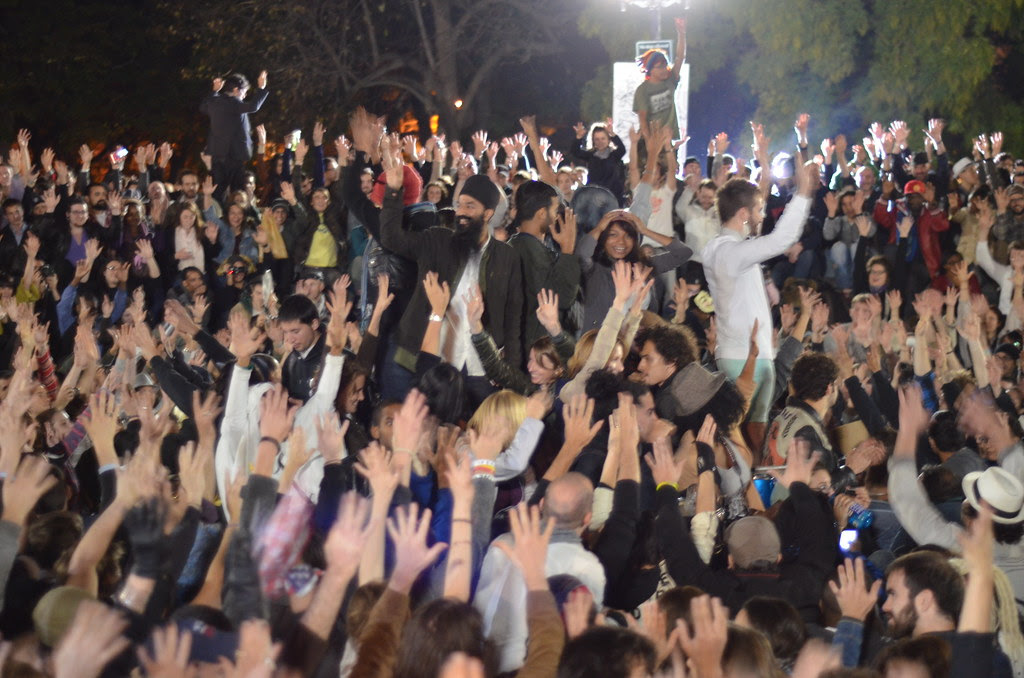 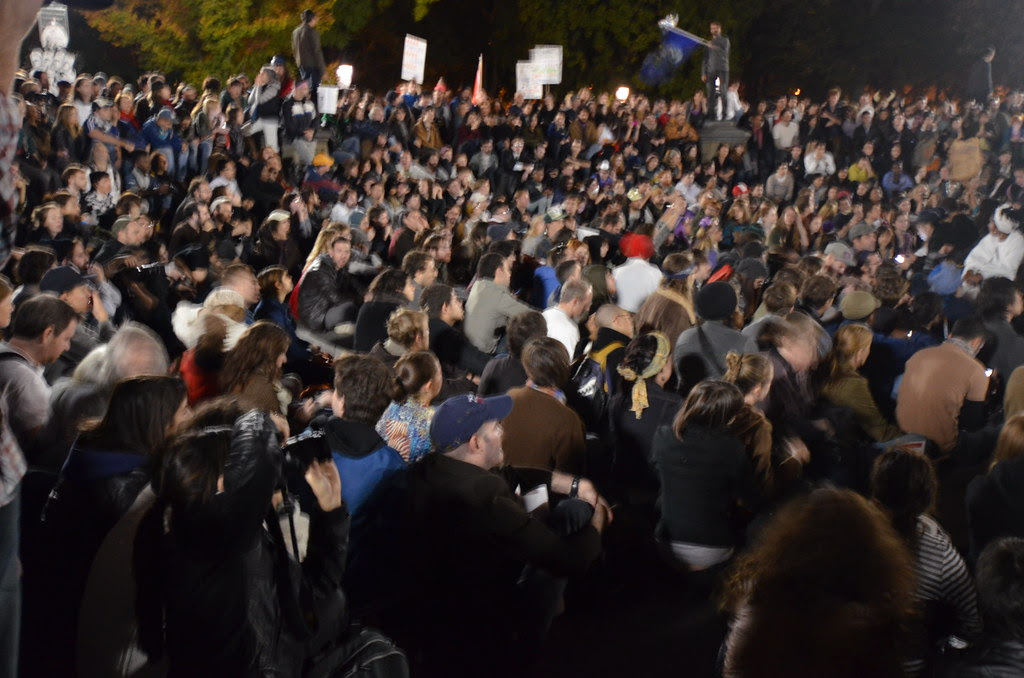 There was a lot of enthusiasm and probably over a thousand people at the general assembly.  However, after a long discussion (with probably not enough time to do this effectively).  The occupation of Washington Square Park did not succeed, and about 10 people were arrested. 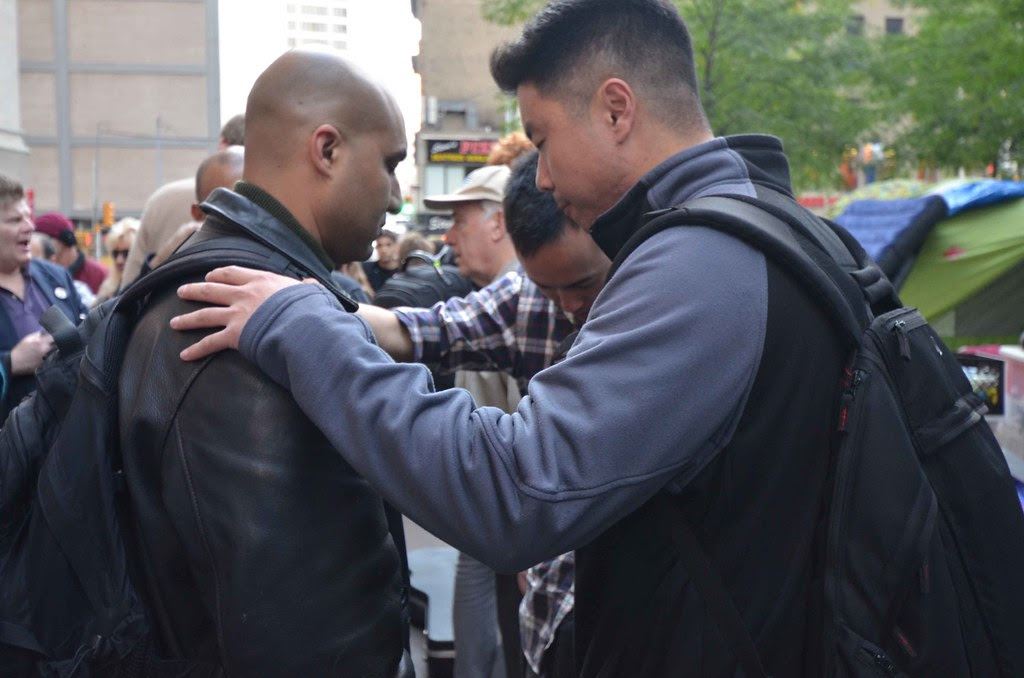 In Zuccotti Park on Sunday the 23rd.  Impromptu gathering of friends who are in a sacred moment together, which demonstrate the character of the energy of the people in Liberty Plaza. 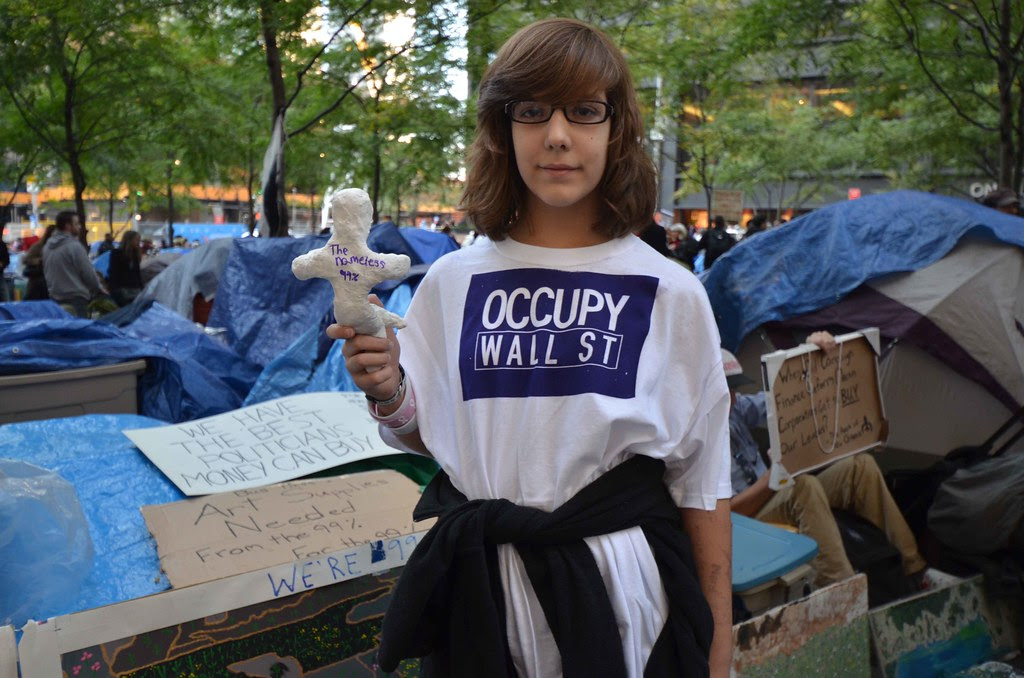 A young girl in the park displays a figure that she made called "The Nameless 99%".
Tagged