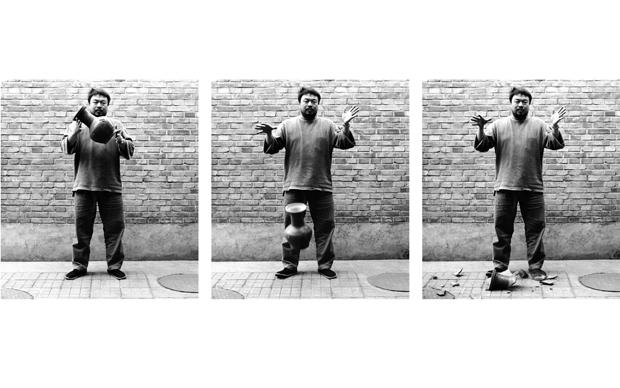 Only the second artist to top the list (after Damien Hirst in 2005 and 2008), Ai, who was arrested and imprisoned by the Chinese authorities for 81 days earlier this year, was ranked number one as a result of his activism as much as his art practice – both articulating a move away from the idea that artists work within a privileged zone limited by the walls of a gallery or museum.

Indeed the list, the most international to date, is marked by a number of practitioners – among them Cindy Sherman (7), Peter Fischli & David Weiss (28), Liam Gillick (32), Walid Raad (75), David Hammons (83), Christoph Büchel (88) and artist-filmmakers such as Steve McQueen (59) and Shirin Neshat (86) – whose work both enforces and questions the connection between art and life.

Alongside them, and at a time when funding is hard to come by outside the biggest commercial galleries, the list also highlights a group of agencies – among them Artangel (55), Townhouse (56), Creative Time (57), Outset (71) – that help facilitate the production of challenging art projects, as well as distribution agencies such as e-flux (5) that help provide these projects with an audience, and the thinkers (Boris Groys, 53, Slavoj Zizek, 65, Kaja Silverman, 95) who provide them with a context.

The list can be seen in full here, with the November issue of the magazine carrying full profiles, analysis, features, photography portfolios and commissioned artwork by Matt Mullican.
Tagged