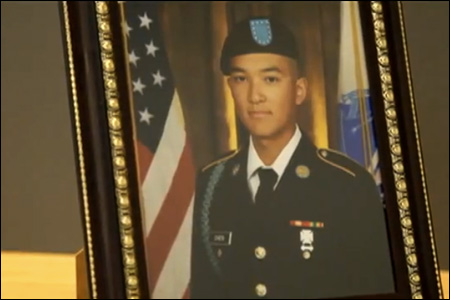 On Oct. 3, her son, Pvt. Danny Chen, was found shot to death in a guard tower on an American outpost in Afghanistan. He was 19 years old.
Three days after his death, a military official told Ms. Chen and her husband, Yan Tao Chen, that investigators had not yet determined whether the shot to the head was self-inflicted or fired by someone else.
But the official also revealed, the Chens said, that Private Chen had been subjected to physical abuse and ethnic slurs by superiors, who one night dragged him out of bed and across the floor when he failed to turn off a water heater after showering.
Since then, the military has given little information about its investigation to the Chens, immigrants who speak no English.
Via NYTimes
Tagged