Last week, the Dakota Access Pipeline protestors celebrated the halt of construction on the project. Asian American Arts Centre received news of this important decision through a Huffington Post article, which described the events of the Forgiveness Ceremony, held a day after construction was halted, at the Four Prairie Knights Casino & Resort on the Standing Rock Sioux Reservation.
Bob Lee, Executive Director of AAAC, comments on the Forgiveness Ceremony: "This moment is the most historically significant and most powerful moment in the history of this country that I have witnessed in my lifetime. It's more significant than the end of WWII, more significant than Kennedy getting shot, or the World Trade Center falling down. World War II just establishes us as powerful. This has the power to transform the very beginnings and the very nature of what this country is about, because it's a people-to-people act. It was done with tremendous sincerity. It was done with more significance than any politician can generate. This has the capacity or potential to transform the very nature of this country."

Here are some of our favorite photos from the article: 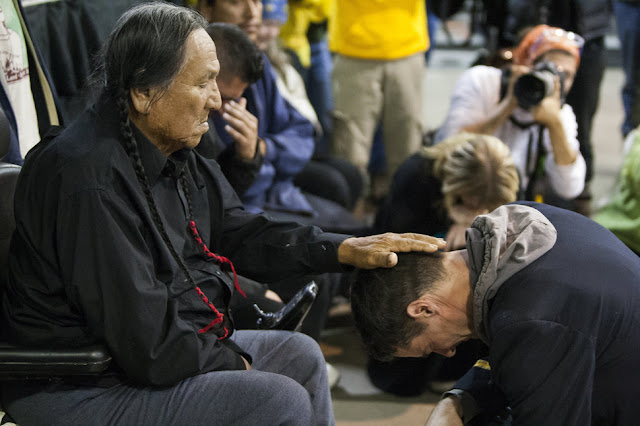 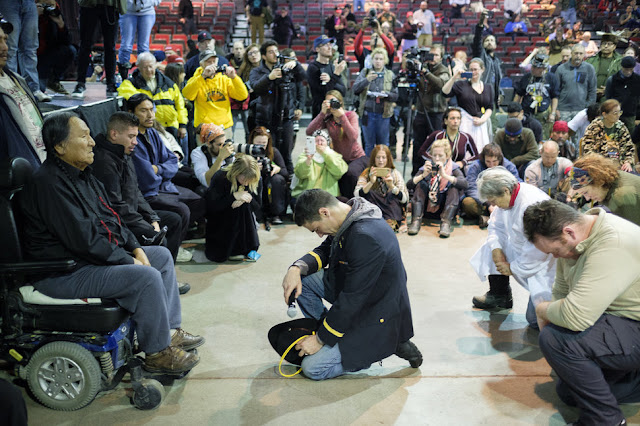