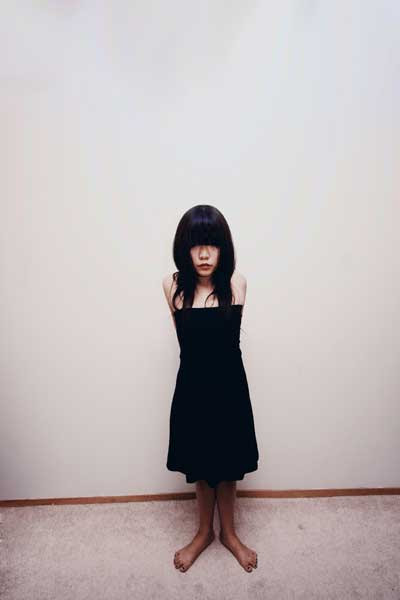 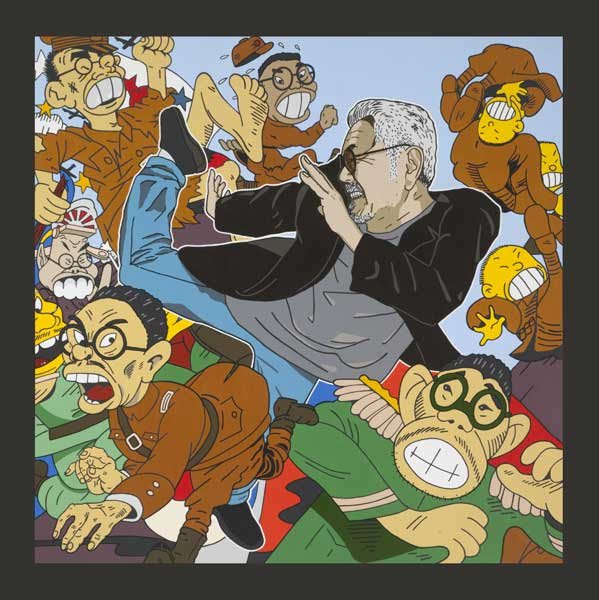 American vs. Japs 2 . Roger Shimomura. Acrylic on canvas, 2010
Clash Of Cultures
"The artists are asking what is that identity? Is it something I've inherited through heritage?" Mr Ng asks. "Or is identity something I compose through choices of how I stand, how I dress, how I make choices in my profession? They're trying to engage a conversation." As such, the exhibition Asian American Portraits of Encounter offers many different views but no conclusions.
In Fortune Telling, Satomi Shirai creates a photographic account of the clash of cultures she experienced when she moved from Japan to a neighbourhood in the Queens borough of New York City.
A young Asian woman sits on the bare floor of a cramped apartment littered with fruit peelings. The way the skins fall is said to reveal the name of a future spouse or determine how long somebody will live. Shirai uses the image to explore how immigrant communities attempt to recreate their homeland in their new environment and whether the two can successfully coexist.
Two other artists, Chinese-born Zhang Chun Hong and Californian Shizu Salamando, who has Japanese and Mexican parents, adapt traditional art techniques to create modern images. 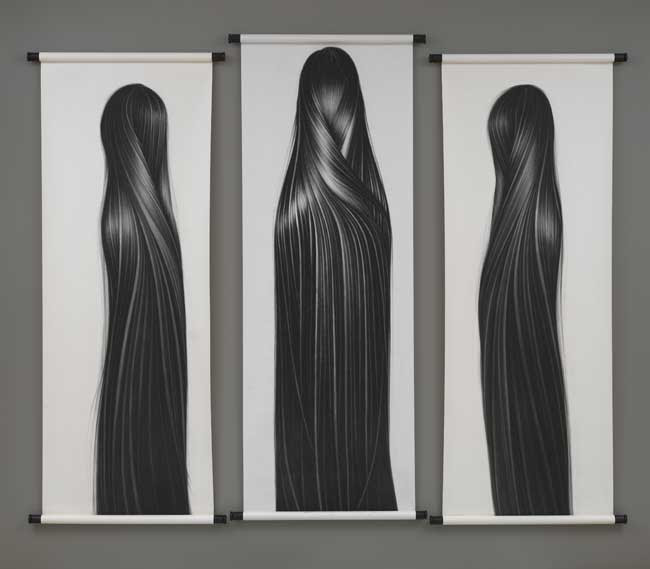 Zhang, who now lives in Kansas and has an international reputation, explores her identity through disembodied charcoal drawings of long black hair. According to eastern culture, she says, a woman's hair is associated with life force, sexual energy, growth and beauty. Like a portrait, the image of hair can express personal feelings and emotions. She presents her outsized drawings as traditional Chinese scroll paintings - but the themes they express are universal.
Salamando investigates Asian youth subcultures, portraying her friends at street parties and night clubs. But they are exquisitely rendered in gold leaf which, like her subjects, makes them hard to categorize. It took more than a year to select the seven artists included in the exhibition.
"What's interesting is that their locations aren't bound to a particular place," says Mr Ng. "We have artists who were born in the US; we have artists who were born in Asia; we have artists who live in between the two.
"The Asian-American experience that is depicted in the show is the sense of diaspora, transnationalism and heritage and how that plays out on a national and international scale." He says the exhibition was conceived as a result of growing interest in Asian-American art and culture and reflects the growing diversity in the US.
"It shows we're very global and at the same time very local."